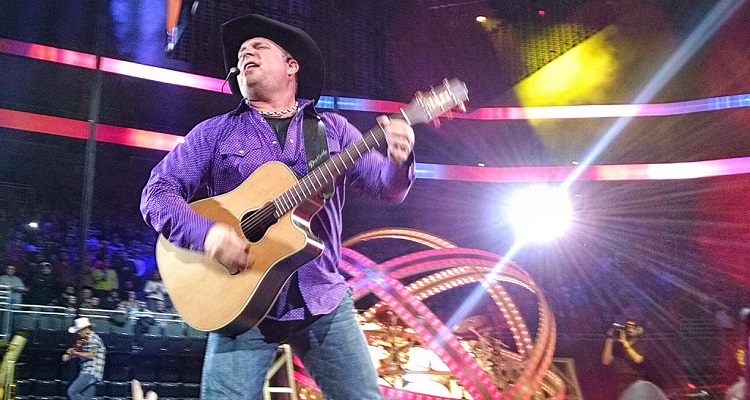 Garth Brooks recently unveiled the socially distanced concert, which follows similar – albeit smaller-scale – efforts from other artists and entertainment professionals.

According to the Tulsa, Oklahoma native’s official announcement, the concert is being crafted solely for the occasion and is set to be simulcast at approximately 300 North American drive-ins. For reference, an estimated 325 outdoor theaters operate in the U.S. today, while Canada boasts roughly 50 drive-ins.

Fort Worth, Texas’s Encore Live is producing the event, which will take place in just over two weeks, on Saturday, June 27th. Tickets are expected to become available for purchase at noon in the east (nine o’clock in the west) next Friday, June 19th; passes will cost a flat $100 per car or truck.

Addressing his far-reaching plan to bring a socially distanced concert to fans, Garth Brooks said: “This drive-in concert allows us all to get back to playing live music without the uncertainty of what would be the result to us as a community. This is old school, new school, and perfect for the time we are in.”

Encore Live is coordinating with health officials presently, in an effort to make the drive-in concert as safe as possible. The prominent production company has indicated that it will space vehicles apart, facilitate the use of protective equipment among drive-in employees, and limit contact points.

These precautionary measures seem to closely resemble those that the Texas Rangers implemented during their parking-lot concerts, which wrapped up last Sunday.

Garth Brooks also shed light upon the release date for his upcoming 14th studio album, Fun. The 58-year-old indicated that he doesn’t intend to promote the record while others are suffering from COVID-19 and/or its economic impact, and that its release is being pushed back (to an unspecified date) as a result.