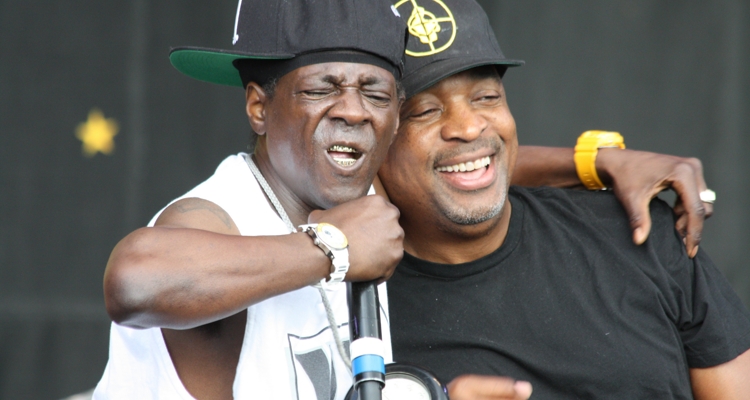 Public Enemy has dropped a new track called ‘State of the Union’ in which the rap duo rails against Trump.

The DJ Premier-produced track dropped on Friday, but the song doesn’t explicitly mention Trump by name. “All we know is Trump has gotta go,” the group wrote under the YouTube video for the new song. Footage of police brutality and anti-racism protests are present throughout the new video.

“Our collective voices keep getting louder. The rest of the planet is on our side,” Chuck D declared. “It’s not enough to talk about change. You have to show up and demand change. Folks gotta vote like their lives depend on it, ’cause it does.”

Chuck D has been an outspoken opponent of Trump’s policies. He previously called him “King Devil” and “the epitome of a white supremacist.” Chuck D says Trump himself is a “weapon of mass distraction” that Republicans use to push racist policies.

Chuck D had no kind words for the Vice President, Mike Pence, either. Back in 2017, he and Prophets of Rage dropped “Hail to the Chief,” a single that focused on Mike Pence. In that video, there is a depiction of the White House with the branded words, ‘Trump Tower.’ The lawn features African-Americans hanging from gallows in the front.

In the video, Chuck D raps: “All hail to the chief who came in the name of a thief to cease peace.”

Speaking out against Trump’s policies seems to be working, though. The president’s Tulsa rally bombed this week after fewer than 7,000 people showed up.

Previously, Trump bragged that over one million people signed up to attend the rally. That’s because TikTok users and K-pop fans ticket bombed the rally and requested ticket after ticket. Did the stunt help crush Trump’s rally and lower attendance? Unlikely, since many people are still unwilling to attend live events during COVID-19.