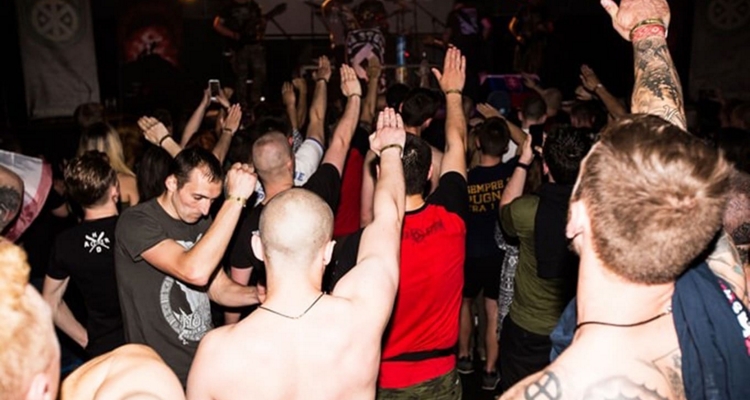 The investigative unit discovered more than 120 pages from heavy metal groups and record labels with ties to white supremacy. One page had existed on the platform for over ten years and garnered 800,000 likes.

Reporters sent Facebook a sample of the pages, sharing explicit examples of white supremacist bigotry. Facebook elected to remove three of the five cases in an initial wave. Later, another was removed. The four removed pages were SolderSS of Evil, Whitelaw, Frakass, and Frangar, all of whom violated Facebook’s policies.

Despite the removal of these Neo-Nazi bands on Facebook, other pages and groups remain up.

Facebook is facing stiff pressure from its advertisers to stop spreading hateful material. Companies like Coca-Cola, Starbucks, and Patagonia have paused advertising on the platform. These companies say they want Facebook to outline concrete steps it will take to combat hate on the platform.

Facebook CEO Mark Zuckerberg has told his employees he believes advertisers will be back. That’s probably true, considering many of these Neo-Nazi bands pages have existed for years.

The name means ‘Hitler’s Hammer.’ The group uses parts of speeches from Nazi propagandist Joseph Goebbels in their songs. They also use the Horst Wessel-Lied, the Nazi Party’s official anthem in Germany from 1930 to 1945.

The group’s founder, Alexey Levkin, is a Russian national with links to Russian-backed separatists in Ukraine. Levkin is one of the organizers of Asgardsrei, a neo-Nazi music festival held in Kyiv each year. Many bands that perform at Asgardsrei maintain active Facebook pages full of Nazi symbols like swastikas and images of people performing the Nazi salute.

French metal band Peste Noire uses an altered version of a Neo-Nazi organization as its logo. The band has released songs called “Aryan Supremacy” and “The Death Camps,” with lyrics referring to genocide. Last year the group released an album with the lead singer wearing a Ku Klux Klan hood and holding a noose.

Social media has changed the way these hate groups are able to communicate. Before social media, you had to be exposed to Neo-Nazi bands by meeting someone. Now, if you like the works of one Neo-Nazi band, algorithms are ready to showcase more in just a few clicks. Major streaming services and distribution labels have taken a stance against hate music. But that doesn’t stop it from spreading online when Facebook and Twitter make it easy.