A Second Stimulus Check Is Definitely Being Mailed, Republicans Say 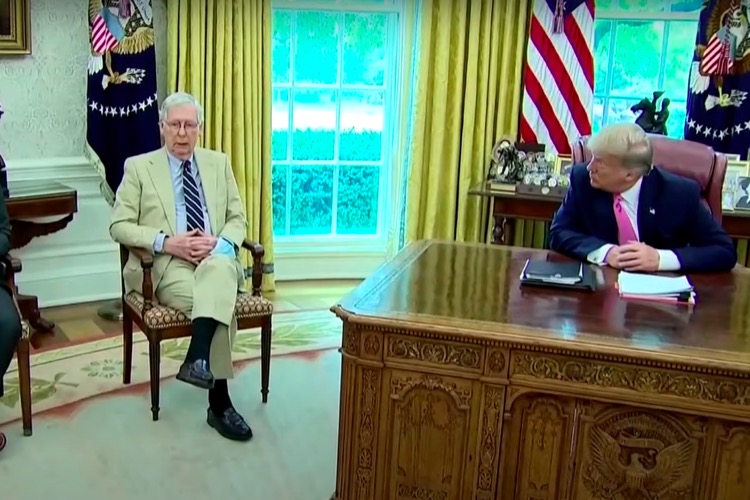 Senate Republicans have stated that Americans will definitely be receiving a second stimulus check, though details remain forthcoming.

U.S. Senate Majority Leader Mitch McConnell has confirmed that Americans will be receiving a second stimulus check, a statement that brings Senate Republicans in agreement with both House Democrats and U.S. President Donald Trump. McConnell’s statement offers a big win for a vast number of Americans, from gigging musicians to laid-off executives, many of whom already depleted their first stimulus payments and are struggling financially.

Earlier, McConnell was hesitant to commit to a second stimulus check, partly due to concerns over inflation and economic overheating.  But as coronavirus concerns continue to drag the economy, McConnell reached a consensus with Senate Republicans to issue additional stimulus bill relief. “We want another round of direct payments, direct payments to help American families keep driving our national comeback,” McConnell stated. The second stimulus check will be baked into the Senate’s broader, $1 trillion coronavirus relief package.

Earlier, President Trump assured that a second stimulus check would be mailed.  He even indicated that Americans should receive more than the previous $1,200 checks, though he cautioned that negotiations were underway. “I want the money getting to people to be larger, so they can spend it,” the President stated earlier this month from the White House grounds. “I want the money to get there quickly, in a non-complicated fashion.”

So what will the second stimulus check look like — and who will receive it?

At this stage, the answers to those questions remain unresolved. Earlier, McConnell was pushing for payments to Americans earning less than $40,000 annually, an income limit that would help the neediest group while stimulating the economy the most. That approach would allow the federal government to focus on keeping people out of poverty while aggressively moving money into the economy. At the $40,000 cap, those eligible for a second stimulus check would be those with the most serious personal finance challenges.

The amount of the check may also be less than $1,200, based on concerns that larger amounts could cause long-term economic problems.

The first stimulus check, approved under the Cares Act for $1,200, was previously mailed to Americans earning $75,000 or less, or for couples jointly earning $150,000 or less. Additionally, individuals earning up to $99,000 annually still received checks, albeit at lower amounts. That structure helped nearly 160 million Americans, though data now shows that many simply deposited their checks into savings accounts without spending them. The result was a small cushion for higher-income earners, but the American economy wasn’t stimulated by those saving the money.

Despite that data, Democrats in the House of Representatives, led by Speaker Nancy Pelosi, have been pushing for far greater stimulus amounts.  But that has drawn continued concern from Republicans, including Trump.

In his earlier interview, Donald Trump also noted that the stimulus payments, when combined with unemployment benefits, created a disincentive to return to work.  “We had something where it gave you a disincentive to work last time — and there was still money going to people and helping people, and I was all for that, but I want to create a very great incentive to work,” Trump said.

On that point, McConnell indicated that the second stimulus package could include incentives for Americans who choose to return to work. Federal unemployment payments are also expected to continue, though likely at an amount lower than $600 per week.

Meanwhile, Republicans are also pushing for liability protection for businesses reopening, as well as federal funds for schools that reopen. Small businesses would also benefit from continued Paycheck Protection Program (PPP) funding, though it remains unclear how that program might be overhauled. Separately, Trump has been pushing aggressively for a payroll tax cut, a chop that would be extremely beneficial for businesses large and small.