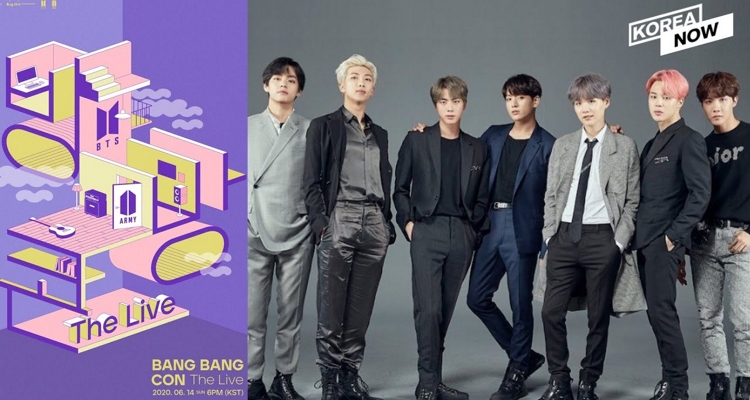 K-pop group BTS has achieved yet another Guinness World Record – this time for the largest online concert.

In total, 756,000 members of the BTS Army tuned in from over 100 countries to watch the online performance. ‘Bang Bang Con: The Live’ aired on June 14th with a twelve-song setlist from the seven-member band. The event also included a roundtable-style chat with the band members, all broadcast live from Seoul, South Korea.

The streamed concert was in lieu of a live performance, which is prohibited in South Korea right now. South Korean app WeVerse handled ticketing for the live-streamed performance. Tickets started at $25 for the Bang Bang Con: The Live concert.

The livestream was held as part of BTS’ seventh-anniversary celebrations. The group will soon debut their fourth Japanese language album, Map of the Soul: 7 – The Journey. Some of the hits performed during the Guinness World Record concert include “Boy With Luv” and “Just One Day.”

“Though we may not be able to see each other at this time, we’ve constantly been striving to grow as a group,” Jimin told his fans during the concert. “We are coping with it pretty well, so hope that you too can overcome this time by finding the small joy within.”

Their records include the first K-pop act to reach #1 on the US album chart, best-selling album in South Korea, and most Twitter engagements. The BTS Army helped the group achieve its Twitter engagement record in March 2019. The most-used hashtag #TwitterBestFandom was retweeted 60,055,339 times.

BLACKPINK managed to overtake BTS’ previous record with their new hit, “How You Like That.” It will be interesting to see if BTS can reclaim that title from BLACKPINK when their latest album drops. While BTS sets records for the largest online concert ever, Justin Bieber is planning his 2021 tour. New tour dates for the rescheduled tour have appeared online for next year.