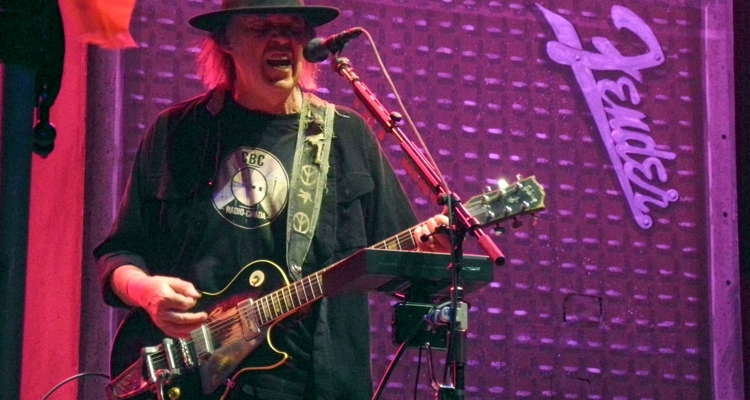 Neil Young has followed through and sued Trump for using his music at his rallies. But does Young have a case?

Young filed a copyright infringement lawsuit against President Donald Trump and his re-election campaign. The lawsuit is over the unauthorized use of two of Young’s songs at his latest campaign rally in Tulsa, Oklahoma.

“This complaint is not intended to disrespect the rights and opinions of American citizens, who are free to support the candidate of their choosing,” the lawsuit begins. The suit was filed in the U.S. District Court for the Southern District of New York.

“However, Plaintiff in good conscience cannot allow his music to be used as a ‘theme song’ for a divisive, un-American campaign of ignorance and hate.”

Neil Young also posted a copy of the lawsuit filing on his website – Neil Young Archives. The suit alleges copyright infringement for Trump’s campaign playing “Rockin’ in the Free World” and “Devil’s Sidewalk” during the rally.

Young’s lawsuit says that Trump’s campaign “does not now have, and did not at the time of the Tulsa rally, have a license or [Young’s] permission to play the two songs at any public political event. [Young] has continuously and publicly objected to the use by the campaign of the songs,” the lawsuit reads.

Neil Young has been an outspoken critic of Donald Trump since before he assumed office. He’s one of several artists who have sent cease-and-desist letters to the Trump campaign for playing his music. He threatened to sue Trump as far back as 2015 for the campaign’s use of “Rockin’ in the Free World.”

Young previously decided against a lawsuit because of blanket licensing agreements that PROs offer venues for the songs they administer. The Rolling Stones recently enlisted the legal teams of PROs like ASCAP and BMI to fight Trump, though it’s unclear if the President is breaking any laws. BMI went so far as to say that if any Rolling Stones song it administers is featured at a future event – Trump will face a lawsuit from the Rolling Stones.

Apparently, Trump had been repeatedly notified of the alleged infringements involving Young’s music.

ASCAP and BMI blanket licensing requires campaigns to file for licensing agreements for their music – and pay for its use. Both PROs have political exclusion clauses, where artists can opt their songs out appearing at political events. Young’s music is licensed via ASCAP.

Young is seeking statutory damages of $15,000 for each noted infringement. Those damages could quickly balloon into the millions, as the Trump campaign has been notably flagrant in ignoring artists’ objections. The lawsuit also seeks a preliminary and permanent injunction to bar the Trump campaign from using Young’s recordings at public events.