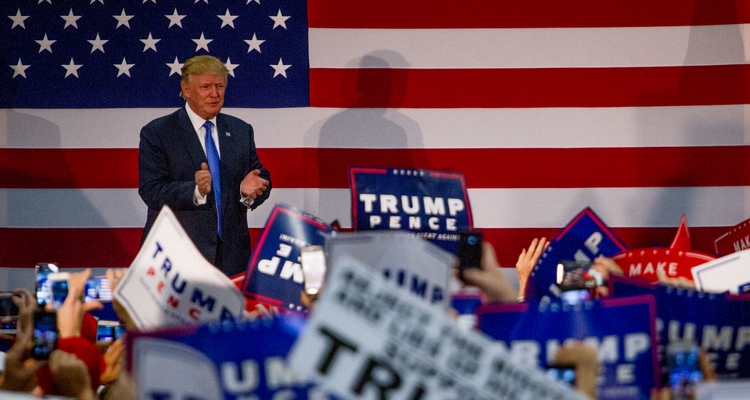 President Trump played the Rolling Stones song, “You Can’t Always Get What You Want” during his Tulsa rally and a subsequent rally in Arizona. The song’s usage drew criticism from the band, who now has performance rights organization BMI on their side.

Legally speaking, Trump is probably in the clear given the nature of US-based public performance rights licensing. But BMI is focusing on a political exclusion clause that remains largely untested. “BMI has notified the Trump campaign on behalf of the Stones that the unauthorized use of their songs will constitute a breach of its licensing agreement,” the band’s representative says. “If Donald Trump disregards the exclusion and persists, then he would face a lawsuit for breaking the embargo and playing music that has not been licensed.”

The Trump campaign has not responded to the Rolling Stones’ threat of legal action.

The Rolling Stones have been a vocal opponent of Trump for years. In 2016, the band complained about the use of their music at his rallies. Those initial complaints and cease-and-desist orders didn’t hold much weight, however. Trump’s rallies are typically held at venues with blanket public performance licenses – meaning he doesn’t need permission to play the music. And the venue, not the Trump campaign, might be the actual defendant if the Stones file suit.

But how might the involvement of BMI change Trump’s response to the Rolling Stones? The music rights organization handles licensing for venues with a catalog of more than 15 million songs. Artists can opt-out of having their music played at political events, though it’s uncertain whether the Trump campaign or venue will face penalties for non-compliance (so far, they haven’t).

According to a BMI statement, the Rolling Stones excluded their music from political events.

BMI says that if the Trump campaign continues to play Rolling Stones music, it will be in breach of its licensing agreement. This move lays the groundwork for the Rolling Stones to actually sue Trump for his unauthorized use of their music, and test the matter in court. Of course, the Stones aren’t the only group who took umbrage with Trump’s rally playlist.

Tom Petty’s family issued a statement after his song “I Won’t Back Down” was played at the same Tulsa rally.

“Trump was in no way authorized to use this song to further a campaign that leaves too many Americans and common sense behind,” the Petty family wrote in a statement. “Both the late Tom Petty and his family firmly stand against racism and discrimination of any kind. Tom Petty would never want a song of his to be used in a campaign of hate. He liked to bring people together.”

Critics quickly pointed out that Petty has performed against giant Confederate flag backdrops, though the artist later disavowed the association. But one of his biggest tracks, ‘Rebel,’ sounds like a Confederate rallying cry: “I was born a rebel, down in Dixie/On a Sunday morning” the chorus declares. Still, Petty isn’t here to defend himself — or, for that matter, voice his opinion on the Trump campaign.

Separately, Neil Young also lashed out at Trump in 2018 after one of his songs played during a Trump rally. “Rockin’ in the Free World” prompted a letter to Trump and a cease-and-desist from the Canadian-born artist.