Neil Young Says It Costs $20,000 to Decouple His Site from Facebook 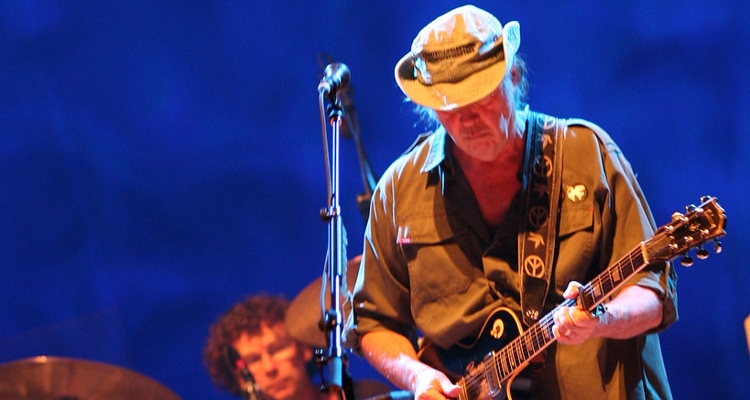 Young informed subscribers of his website, Neil Young Archives, that the change will be coming soon. “Goodbye Facebook and Google buttons,” the email begins. “We thank you immensely for bearing with us through this process. We know it’s not convenient, but we believe we will be better for it.”

The email also says Neil Young plans to pivot away from using social media platforms entirely. But the message also notes that NYA is paying about $20,000 to remove Facebook from its website. “Facebook knowingly allows untruths and lies in its political ads to circulate on the platform, while bots sow discord among users,” an article on NYA reads. “Sowing dissent and chaos in our country via political disinformation is something we can not condone. Simply put, Facebook is screwing with our election.”

The article doesn’t detail what the costs are, but building out a login for subscribers isn’t cheap. Many sites opt to use Facebook and Google logins, which reduces administration costs but allows these large companies to track user behavior. Neil Young alludes to this behavior in some of his NYA Times-Contrarian articles.

Separately, Young is fighting back against Trump: the singer recently filed a lawsuit against the Trump campaign for playing his music at rallies and other political events. Young says the repeated use of “Rockin’ in the Free World” is against his wishes. Initially, Young didn’t want to pursue a lawsuit against Trump, but he said he couldn’t stand by while the music continued to be played against his wishes.

Neil Young has repeatedly stood up and offered criticism of Trump, Facebook, Google, and Apple.

In an interview earlier this year, he criticized the Apple MacBook from an audio production perspective. He says the MacBook’s DAC is ‘Fisher-Price bullshit‘ and not worthy of creating music. The controversial opinion comes when more and more artists are making their music digitally, without physical instruments.

Young’s complaints about Trump and Facebook aside, it’s refreshing to see an artist stand up for what they believe. Young has made some controversial decisions doing that through the years. In 2015, he removed his catalog of music from streaming services.

“Streaming has ended for me, I hope this is okay for my fans,” he wrote. “It’s about sound quality. I don’t need my music to be devalued by the worst quality in the history of broadcasting,” Young wrote at the time.

In 2016, however, he returned his full catalog to streaming services like Spotify.