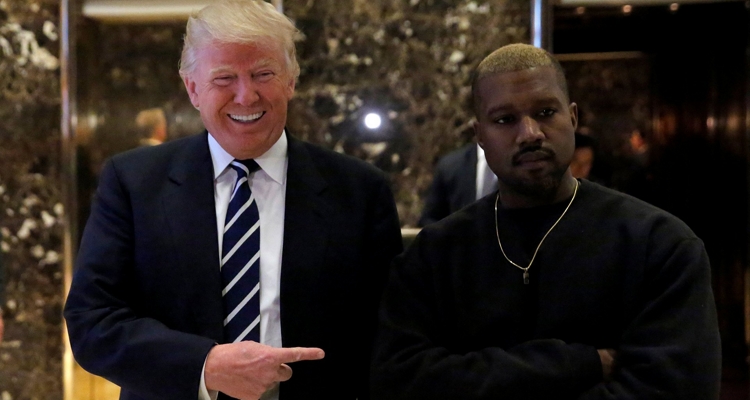 Kanye West is now believed to be running a presidential campaign with help from GOP operatives. But only 2% of African-Americans support a Kanye presidency.

GOP operatives apparently hope that Kanye’s presence on the ballot in key states will pull votes from Joe Biden. But Democrats don’t appear to be worried about the spoiler campaign. A recent Morning Consult poll found that just 2% of African-Americans support a Kanye West presidency. The poll also reports that Biden’s 9-point national lead over Trump is unwavering with or without Kanye on the ballot.

“I think many people of color view Kanye’s bid for the presidency as a quixotic one, and they don’t see him as legitimate for the office. It’s more of yet another Kanye publicity stunt,” a Republican strategist told Politico. “Democrats traditionally get 90%+ of the black vote. I think a lot of people are going to look at Kanye and just say, ‘I don’t think so.'”

Kanye’s hastily-announced July 4th presidential bid has always felt a bit off. That feeling was cemented when the rapper was spotted meeting with Trump supporters and Republican strategists. West’s recent stint in the news discussing abortion is seen as espousing GOP talking points.

The poll shows that a Kanye presidency is most popular among Gen Z voters, who will vote for the first time in November.

West’s favorability rating among Gen Zers is around 31%, but only 6% say they would vote for him. Part of the problem seems to be that Kanye West has no clear direction for policy when it comes to assuming the presidency.

And there’s little nuance to the campaign he’s running. His website is a single page with a list of goals that reads like a child’s fantasy for how the government should operate. Each point on the list is accompanied by a Bible verse.

Kanye himself doesn’t seem to be taking the bid seriously. He’s held one disastrous campaign rally since announcing his candidacy back in July. Some of the comments he made at that rally prompted his wife to publicly discuss his mental health struggles.

Meanwhile, West’s attempts to get on the ballot in some states are being challenged due to fraudulent signatures. He narrowly met the signature requirement in Ohio, but missed the deadline in Wisconsin by minutes. He’s also missed the deadline to file as a third-party candidate in 10 states but says he is relying on a write-in campaign.