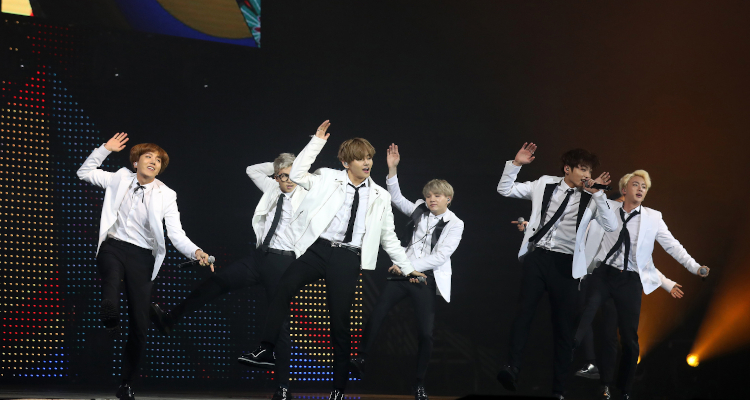 Looking to build upon the immediate success of their first all-English track, “Dynamite,” K-pop mainstay BTS has rolled out two new remixes.

BTS recently uploaded these latest “Dynamite” remixes – Tropical Remix and Poolside Remix – to YouTube and other streaming platforms. Last Sunday, just three days after the release of “Dynamite” proper, the seven-piece boy band unveiled a pair of other “Dynamite” remixes yet, Acoustic Remix and EDM Remix. And on Monday, a “B-side” of the “Dynamite” music video became available on YouTube.

For additional context, we reported earlier this week on the unprecedented popularity and viewership of the original “Dynamite” video, which garnered a record-breaking 100 million YouTube views during the 24 hours following its debut. However, as many of these views (and the song’s Spotify streams) resulted from a repeat-play campaign executed by BTS diehards, platform higher-ups proceeded to disqualify a portion of the listens – sparking larger conversations about what constitutes a stream.

At the time of this writing, the original “Dynamite” music video had garnered over 232.12 million views, trailed distantly by the aforementioned “B-Side” variation and its nearly 40 million views. The Acoustic Remix stands at about 2.4 million views, slightly above the EDM Remix and its 2.36 million views. Lastly, the Tropical Remix has just cracked one million views, whereas Poolside has locked down about half of that figure.

Undoubtedly, this sizable cumulative viewership bodes well for BTS agency Big Hit Entertainment, which is quickly moving to launch its IPO. Having earned over $500 million in 2019 – an all-time-high for the Seoul, South Korea-headquartered entity – Big Hit demonstrated earlier this year that not even a global pandemic can stop its upward trajectory.

To be sure, we were first to report that BTS’s “Bang Bang Con: The Live” had attracted over 750,000 viewers. Tickets to the remote show cost $26 apiece for ARMY fan-club members, meaning that the 12-song performance generated a minimum of $20 million.

On the IPO front, Big Hit took a large step towards securing a public listing about two weeks back, when the Korea Exchange deemed it eligible for trading. Now, the 15-year-old company has six months to formally file an IPO application with South Korea’s largest market-regulation entity, the Financial Services Commission (FSC).

Big Hit execs are presumably working to make their stock market debut a reality sooner rather than later, and additional updates are undoubtedly forthcoming.

This Sunday, August 30th, BTS will perform at the MTV Video Music Awards for the first time.