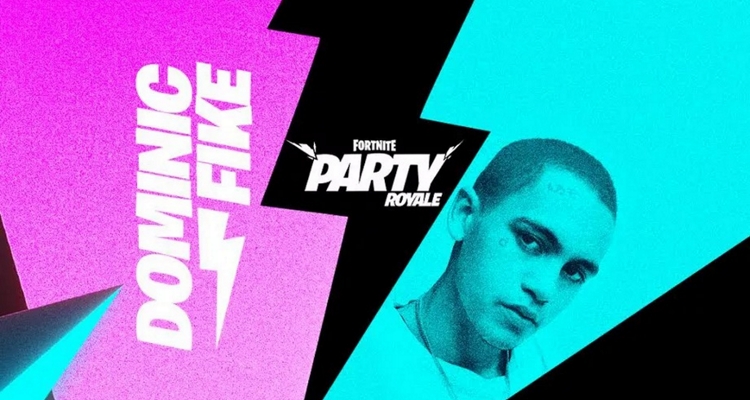 Fortnite Party Royale will kick off with a live performance by Dominic Fike on September 12th. The show will be broadcast from a new Los Angeles studio designed to showcase in-game concerts. So far, Epic Games has experimented with virtual DJ sets like Marshmello’s and full-on concert experiences – like the Travis Scott Astronomical concert.

Now Epic Games wants to transform Fortnite’s relevance in the music industry even more. “This is a tour stop,” explains Nate Nanzer, Fortnite’s head of global partnerships. “If you’re on tour, you want to stop on the Fortnite stage. It’s a unique way to get in front of an audience that maybe you’re not reaching through other means.”

Just one huge problem: the stepped-up series won’t play on iPhones, thanks to a major dispute between Epic and Apple. Earlier, Epic pulled Fortnite from the App Store, citing unfair fees. Apple stood firm, and refused to hand Epic a free (or reduced) ride.  The result is a serious distribution gap for Fortnite, and a major disincentive for prospective artists to jump aboard.

The island for the Fortnite Party Royale concerts first launched back in April. It’s a violence-free way for players to tune in to live concerts and events in-game. Diplo, Steve Aoki, Deadmau5, and Kenshi Yonezu have performed on the island. Epic also aired the Apple-mocking “Ninteen Eighty-Fortnite” on the island when its legal battle with Apple heated up.

Nanzer says the performances these artists are making at Fortnite Party Royale are helping them reach millions of new people.

The studio space in Los Angeles features a massive LED wall with floor and wall robocams. The space was designed with COVID-19 protocols in mind, so the performing artist is mostly isolated. All the camera work can be done remotely.

Most Fortnite Party Royale events last between 10-15 minutes, but they could go longer.

Nanzer confirms his team is looking at concert events that could last between 40-45 minutes for bigger acts with a larger catalog of work. Nanzer says he wants Fortnite Party Royale to become another destination for artists to promote themselves – like late-night or SNL. “We think this is a similar platform where you can get in front of 350 million+ Fortnite players,” Nanzer confirmed.