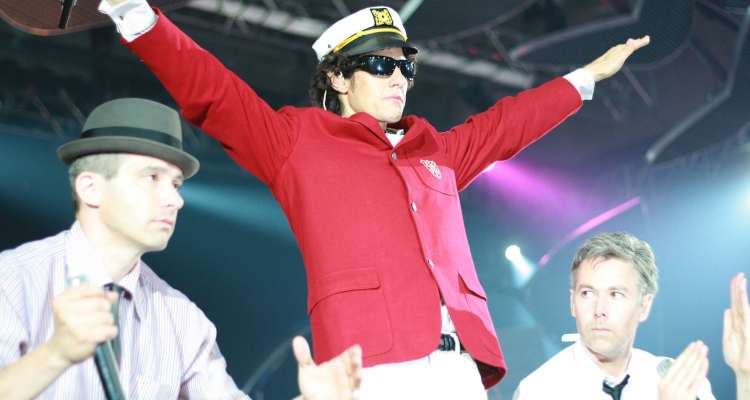 The Beastie Boys have broken their longstanding pledge to abstain from licensing music for advertising, as their 1994 “Sabotage” track appeared in a recently released Joe Biden campaign spot.

After passing in 2012, Beastie Boys co-founder and bassist MCA (whose full name was Adam Yauch) requested that the group’s surviving members abstain from licensing his music for commercial purposes. To be sure, Yauch — who cowrote “Sabotage” — stated in his will: “Notwithstanding anything to the contrary, in no event may my image or name or any music or any artistic property created by me be used for advertising purposes.”

While a presidential candidate – not a product – is plugged in the Joe Biden advert, it appears that the “Sabotage” license also violates Yauch’s aforementioned “advertising purposes” wish. Moreover, multiple outlets have mistakenly reported that this marks the first instance wherein the Beastie Boys have approved their work’s use in advertising – but the deal appears to signify the group’s formal debut in the political space.

2016 saw the New York City-based group green-light the appearance of “Sabotage” in a Star Trek Beyond trailer (the track also made its way into several prior Star Trek movies), as well as a Destiny 2 advertisement in 2017. That crossed the line on advertising — and drew accusations of hypocrisy — though the surviving members appeared firm on refusing to license any additional ads.

The group subsequently filed a lawsuit following an unauthorized (parody) use of “Girls,” in which the Beastie Boys reiterated their stance on the matter of commercial licensing, indicating: “Make no mistake, your video is an advertisement that is designed to sell a product and long ago, we made a conscious decision not to permit our music and/or name to be used in product ads.”

The minute-long Biden video itself centers on the operational difficulties experienced by Ann Arbor, Michigan, bar and live music venue The Blind Pig amid the COVID-19 pandemic, including criticism of the Trump administration’s virus response from co-owner Joe Malcoun.

Governor Gretchen Whitmer closed indoor bars – specifically for businesses that attribute 70 percent or more of their annual revenue to alcohol sales – in a July 1st order. Michigan’s Department of Health and Human Services allowed the establishments to resume serving (seated and socially distanced) customers on Friday, October 9th, and this set of guidelines will run through Friday, October 30th.

Interestingly, the spot’s comments are turned off, though the like/dislike feature remains enabled. At the time of this writing, the ad had garnered some 377,000 views, with approximately 6.6 thousand likes and 1.2 thousand dislikes. “Sabotage” begins playing at about 39-second mark, following roughly 16 seconds of The Pixies’ “Where is My Mind?”

And as a noteworthy final aside, some evidence suggests that this particular music license is largely attributable to the surviving Beastie Boys’ political inclinations, as opposed to purely monetary interests. Ad-Rock (Adam Keefe Horovitz) is a vocal critic of the president, and Sotheby’s recently revealed that it will auction the multimillion-dollar art collection of Mike D’s late mother in January. An “exceedingly rare sculpture” from Italy’s Gian Lorenzo Bernini – one of many pieces of art to be sold at the function – is expected to fetch as much as $12 million.