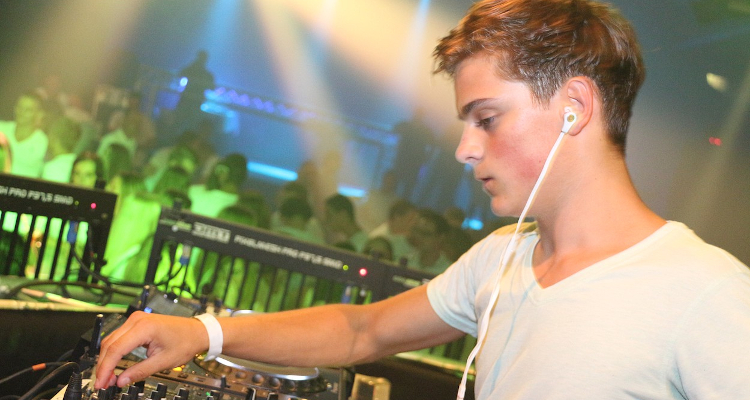 Dutch DJ Martin Garrix has cut ties with his publicist of eight years, The Media Nanny, and opted to handle public-relations duties in-house.

Martin Garrix announced the end of his and Media Nanny’s years-running professional relationship today, in a short message. The to-the-point statement includes contact information for the 24-year-old’s current representation and thanks Amsterdam-based Media Nanny for “pleasant cooperation over the past 8 years.” However, the text doesn’t mention what exactly prompted the “Animals” artist and his management to make the switch.

The Media Nanny doesn’t appear to have broached the subject on social media or through a message on its website. That said, the all-female PR firm has moved Garrix’s picture and brief biography from the “artists” section and into the “worked with” category. More than a few other artists, athletes, and brands (Bumble among them) are part of Media Nanny’s client roster, and needless to say, the entity’s comprehensive-seeming services likely bring with them a correspondingly substantial price tag.

Similarly, DJ Martin Garrix hasn’t yet mentioned the PR pivot on social media. Earlier today, the Amstelveen native performed a livestream gig and posted a screencap of a Zoom meeting with individuals including Timbaland. (Interestingly, the same screenshot made its way onto Garrix’s Instagram page six days ago.) The two are set to appear on a remote Amsterdam Dance Event panel tomorrow.

On the representation front, multiple artists have parted with their managers this year, and some of these splits have proven decidedly ugly. First, Florida George Line revealed in early February that they’d split from Big Loud Management. In explaining the amicable, jointly made decision, FGL emphasized that their professional needs had grown since they signed with the Nashville management firm back in 2011. Big Loud wished the country duo luck moving forward in the same release.

Most recently, American Idol winner Kelly Clarkson was named in a massive lawsuit for allegedly failing to pay $1.4 million worth of commissions to her longtime management firm, Starstruck Entertainment. The shocking suit arrived about 13 years after Clarkson signed with the Nashville management company – or, more precisely, began working with Starstruck, as the parties reportedly struck a verbal contract. Also worth noting is that Clarkson filed for divorce from Brandon Blackstock, the son of Starstruck’s founder and current CEO, in June.