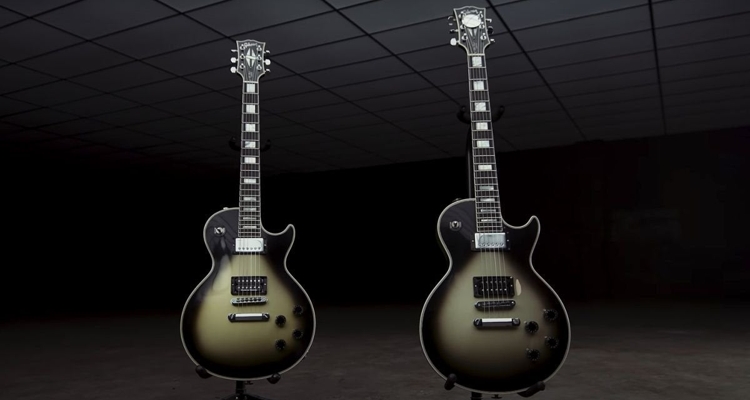 The pallet contained 13 of the newly released guitars from a Sweetwater music truck at the Flying J Travel Center in Whiteland, Indiana. The theft happened on October 30th, as the guitars were being transported to be delivered to customers. Both Gibson and Sweetwater believe that the theft may have been premeditated.

“Somehow out of a truck full of guitars, this ONE pallet was singled out and stolen at a truck stop,” says Sweetwater Chief Supply Chain and Merchandising Officer Phil Rich. “We feel this person/s knew exactly what to look for and when.”

Gibson announced a multi-year partnership with Tool guitarist Adam Jones last week. The new signature model comes in two editions – an aged and a signed version limited to 79 guitars and retailing for $9,999. And the slightly cheaper VOS version, with a limited run of 179 guitars retailing for $5,999.

Of the stolen Gibson Adam Jones guitars, four of them were the more expensive signed model.

“These guitars were the dream guitars of 13 Gibson and Adam Jones fans, who had been patiently waiting for them to be delivered,” Gibson Chief Marketing Officer Cesar Gueikian says. “We have decided to publish the serial numbers of the 13 stolen guitars and are appealing to all Gibson fans to keep an eye out for them and let us know if they surface.”

“Our fans should ask any third-party sellers for a serial number before purchasing to be sure they are not being sold one of the stolen guitars,” Gueikian continues. What follows is a list of all 13 stolen Gibson Adam Jones custom guitars.

Gibson and Sweetwater are urging anyone with information about the theft to contact local authorities. That’s Detective Kenny Polley of the Whiteland Police Department at [email protected] or (317) 535 – 8100.

This situation echoes a similar incident Digital Music News wrote about earlier this year. Gibson offered a reward of $59,000 for the return of a shipping ledger verifying the authenticity of several iconic guitars. The ledger also contained information about some mythical Gibson prototype guitars. No word on whether or not it has been recovered.

Gibson is also fighting a trademark battle against Warwick in the EU over its Flying V guitar shape. That battle has yielded wins for both Gibson and Warwick, which Digital Music News recently detailed here.