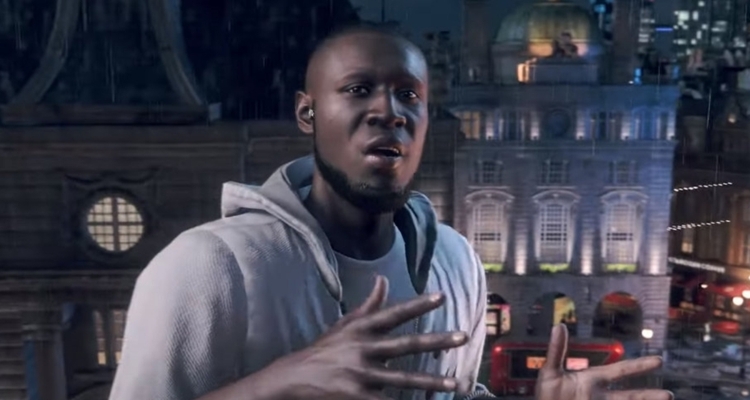 Warner Music says the future for many artists is through AAA games collaboration – here’s why.

Epic Games’ partnerships with Marshmello and Travis Scott have driven 23 million views to those artists. British rapper Stormzy appeared in Ubisoft’s Watch Dogs: Legion, with a game tie-in for his latest music video. According to Warner Music, these kinds of collaborations aren’t flukes – they’re the future of music promotion.

In a recent interview with GamesIndustry.biz, Warner Music UK Vice President of Sync, Tim Miles, explains why AAA gaming is becoming a new focus for many labels. “We’ve seen it before in TV and movies. Out of nowhere, you can have this moment where your streams have doubled, and you’ve got all these new fans. [Stormzy in Watch Dogs] is probably the first time in a gaming sense where we’ve seen a similar impact as the Bond movie had on Billie Eilish. It’s the same impact, if not greater,” Miles adds.

Warner Music has had music and movie tie-ins for decades, but it wasn’t until recently that games were a focus. Miles says the focus shifted around four years ago, as attitudes towards gaming shifted.

Unfortunately, licensing agreements between the music industry and the gaming industry see profitable games removed from storefronts all the time. For example, in 2017, the video game Alan Wake was removed from all digital storefronts as its music licenses expired.

Game developers and publishers are wary of licensing music that may cause their game to be pulled years later. It removes a revenue stream that requires more cash to become viable again. Changing this attitude toward games is an uphill battle for the music industry. But it’s starting to slowly gain traction as the success of Fortnite and Watch Dogs: Legion takes off.

“Games are now part of the signing conversation,” Miles says. “We ask what kind of trainers do you wear? That’s one question. And now we ask what games do you play and what consoles do you like?” Building these partnerships between game publishers and record labels is a natural evolution of the two industries.

Stormzy’s appearance in Watch Dogs: Legion has generated millions of new views for the British rapper. It’s why Roblox and Fortnite are expanding their respective digital universe to accommodate a stage that serves as a virtual tour stop.