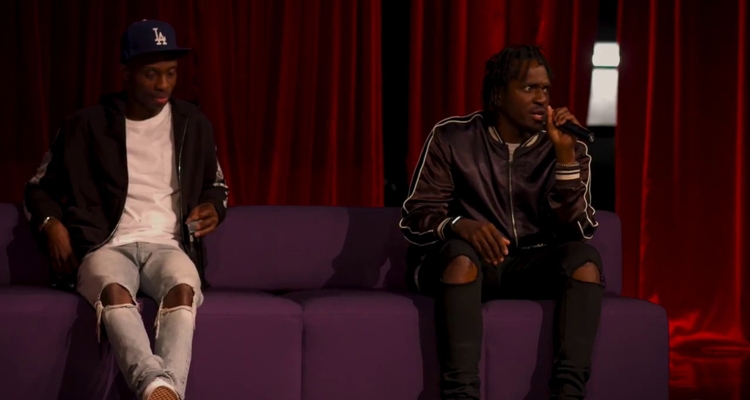 Pop Smoke’s manager Steven Victor is the latest to speak out against the Grammy Awards and the Recording Academy.

The late rapper earned a nomination this year for “Dior” in the Best Rap Song category. But manager Steven Victor believes the lack of a nomination for Best Rap Album is a snub.

“I think the Grammys is cap, bro,” he said in an interview with GQ. “No disrespect, but who is [Best Rap Album nominee] D Smoke? This is an artist–I’m not saying he started a genre because he didn’t start drill music–but [Pop Smoke] brought drill music to the forefront and made it mainstream. He had a huge impact. Forget about whether he passed away, his impact was felt way before that.”

Victor then questioned the ‘far-left’ political bias of the nominating committee, with artists like Nas and Jay Electronica scoring noms instead of higher-selling artists. “They didn’t include any albums that had commercial success,” Victor continued. “I’m not saying that’s the criteria for the Grammys. Lil Baby and Pop Smoke, those were culturally impactful records. You look at the songs from Pop Smoke, they were super relevant with what was going on in our community earlier this year.”

Steven Victor is just the latest voice of dissent surrounding the 2021 Grammys nominations.

Earlier today, Halsey accused the Recording Academy of shady behind-the-scenes dealings. She stated in a now-deleted Instagram post that the organization accepts bribes in exchange for nominations and awards. The Weeknd also accused the organization of being corrupt after his album, After Hours, failed to receive a single nomination. Both artists believe that a toxic culture exists at the Grammys, and the Recording Academy refuses to recognize pure musical talent.

Nicki Minaj had the same complaint concerning her debut in 2012 as a new artist. “Never forget the Grammys didn’t give me my best new artist award when I had 7 songs simultaneously charting on Billboard & bigger first week than any female rapper in the last decade – went on to inspire a generation,” Minaj wrote on Twitter. “They gave it to the white man Bon Iver.”

Minaj’s comments come at a time when the Recording Academy is facing increasing pressure. Recording Academy head Deborah Dugan stepped down last year, accusing the organization of corruption. She filed a lawsuit that detailed those claims, along with allegations of sexual harassment.

Since that explosive bombshell, the organization is trying to reform itself. Those actions include renaming some of the awards categories, hiring a diversity officer, and retooling some of the eligibility requirements to be considered. But allegations like Halsey’s make it hard to believe these reform efforts are anything but token.

So far, interim Recording Academy head Harvey Mason Jr. has not addressed the allegations. Funnily enough, he did comment publicly on The Weeknd’s Grammys snub tweet, saying his extraordinary work deserves to be honored.