The Clive Davis Pre-Grammy Party Is Still Happening — Virtually, That Is 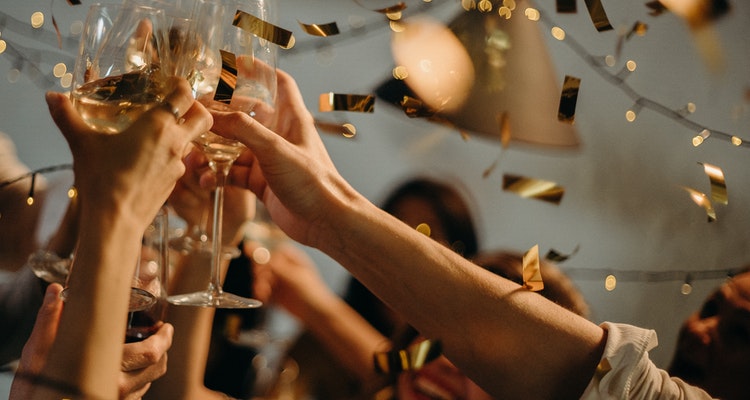 The annual Clive Davis pre-Grammy gala is still set to take place – albeit virtually, owing to the COVID-19 pandemic.

Clive Davis recently confirmed that the 45th edition of his much-anticipated pre-Grammy party will occur remotely, officially acknowledging the happening during an invitation-only livestream event from WME partner (and cohead of scripted TV) Richard Weitz, per Variety. However, the Sony Music chief creative officer Davis, who will celebrate his 89th birthday in April, didn’t elaborate upon exactly what’s in store for attendees.

Past editions of the shindig – tickets to which are extremely coveted – have welcomed music mainstays including Paul McCartney, Quincy Jones, Lionel Richie, and the Foo Fighters, to name just some. And outside of the industry, Apple CEO Tim Cook, Tom Hanks, Magic Johnson, and even Buzz Aldrin are among the high-profile figures who’ve attended the Clive Davis pre-Grammy party.

Last year, in the wake of short-lived Recording Academy CEO Deborah Dugan’s shocking allegations concerning the Grammys, several stars used Clive Davis’ party as a platform to express their frustration with the event. In a 50-minute-long speech, Diddy stated that the Recording Academy had failed to respect hip-hop and “black music,” urging the gala guests to boycott the following evening’s ceremony altogether.

Beyoncé – who has received the most 2021 Grammy nominations of any artist – stood while applauding Diddy’s speech, before skipping the ceremony (despite receiving a Grammy for “Best Music Film”). Jay-Z joined her in passing on the event, as did Taylor Swift (who was also absent from the Clive Davis party, though). Moreover, Diddy issued something of an ultimatum to the Recording Academy at the end of his lengthy remarks, saying: “You’ve got 365 days to get this s—t together.”

And while the Recording Academy has made sweeping changes on the social justice front this year – including hiring a “chief diversity officer” and retooling Grammy category names – other, newer controversies could play a part in the virtual Clive Davis party. Despite the immense commercial success of his After Hours album, The Weeknd failed to receive a single nomination across the Grammys’ 83 awards categories.

In response to the snub, the Canadian artist called the Grammys “corrupt,” prompting a response from interim Recording Academy head Harvey Mason Jr. And Halsey, who was also nominated for zero awards at the upcoming 63rd Grammys, took aim at the function by relaying in a since-deleted Instagram post that success at the event “often” results from offering ‘bribes’ that can be just ambiguous enough to pass as ‘not-bribes.’

“It’s about committing to exclusive TV performances and making sure you help the Academy make their millions in advertising on the night of the show,” continued the New Jersey native Halsey.