Fiona Apple Wonders Why the Grammys Abruptly Fired Deborah Dugan: “That All Reeks to Me” 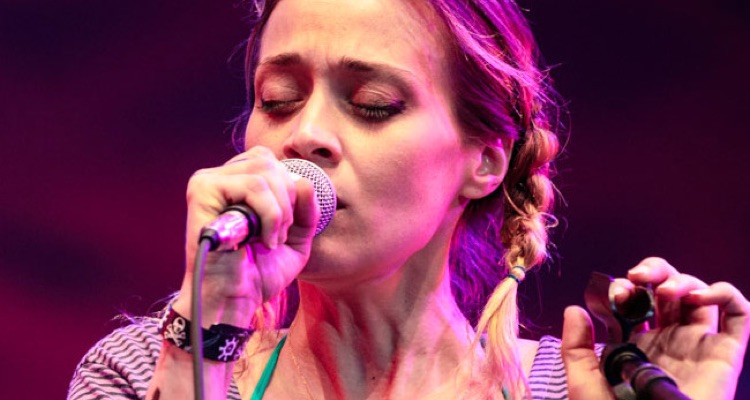 Fiona Apple has revealed that she wonders why the Recording Academy fired short-lived president and CEO Deborah Dugan, in addition to accusing the Grammys of virtue signaling by nominating only females (including herself) for the “Best Rock Performance” award.

Fiona Apple expressed these and other interesting opinions in a newly published discussion with The Guardian. Deputy music editor Laura Snapes acknowledged at one point during the all-encompassing interview that the 63rd Grammy Awards (scheduled for January 31st, 2021) are the first to feature only female nominees for “Best Rock Performance,” which Gary Clark Jr. took home last year.

The 43-year-old artist’s first instinct was to celebrate the all-female nominees, but she quickly put the plan on ice because it “felt like this is exactly what they want me to do” in terms of becoming invested in and supporting the Grammys once again. Apple’s chief qualm with the annual happening, she said in more words, is the perceived hypocrisy of nominating producer Dr. Luke (under the pseudonym Tyson Trax) for “Record of the Year” at the upcoming show just three years following Kesha’s “Praying” performance.

After levying disturbing allegations as well as a much-publicized lawsuit against the producer, Kesha, clad in white, joined several fellow artists on stage and sang “Praying” – a 2017 track that some have said references Dr. Luke’s alleged conduct. (Worth noting is that Dr. Luke has denied the allegations, and Kesha’s lawsuit was dismissed. Dr. Luke has also levied a $50 million defamation suit, and back in February, a judge ordered Kesha to pay the producer over $373,000 in damages ahead of the trial.)

Elaborating upon the feeling, Fiona Apple mentioned the stunning claims that Deborah Dugan made in the leadup to last year’s Grammys, relaying that she is “waiting to hear more about” the alleged improprieties “because that all reeks to me.” Apple specifically questioned the timing of Dugan’s dismissal, which arrived officially (on the heels of a suspension) in March.

Lastly, in remarks directed at the Grammys, Fiona Apple doubled back and characterized the all-female “Best Rock Performance” nominations as “bulls—t,” noting that she’d envisioned, in the event that she won, using a sledgehammer to break the trophy and share the pieces with the other nominees.

Also during the interview, the 11-time Grammy nominee (and one-time Grammy winner) Apple voiced support for Taylor Swift’s re-recording efforts and said that she (Apple) is on the same deal she was as a teenager, with just one album remaining for Sony Music’s Epic.

Earlier this week, it came to light that the Recording Academy paid more than $4.5 million in legal fees – including $2.5 million to just two firms – last year.