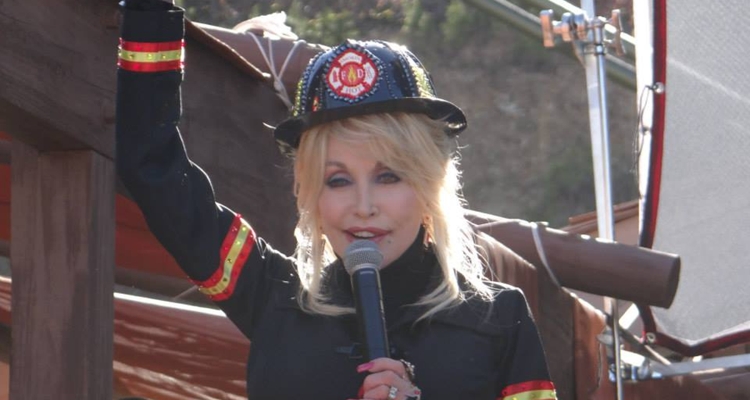 Dolly Parton has declined the Presidential Medal of Freedom — twice.

President Barack Obama expressed regret for not bestowing the honor to the country singer. He told Stephen Colbert, “that was a screw-up. I think I assumed she had already got one.”

Apparently, President Trump tried to rectify that mistake twice, but Parton refused both times. The country star confirms she turned it down both times. “I couldn’t accept it because my husband was ill, and then they asked me again about it, and I wouldn’t travel because of the COVID,” she confirms during an interview with the Today show.

So will President Biden consider granting the Medal of Freedom to Parton? Maybe, maybe not.

Parton says she’d be hesitant to accept it even then. “Now I feel like if I take it, I’ll be doing politics, so I’m not sure,” she told the hosts. “I don’t work for those awards. It’d be nice, but I’m not sure that I even deserve it. But that’s a nice compliment for people to think that I might deserve it.”

Parton was instrumental in getting scientists the funding they needed for early COVID vaccine research. Earlier this year, Digital Music News reported on a $1 million donation Parton made to fund vaccine research. The direct result of that research is the Moderna coronavirus vaccine, which is being deployed across the country.

Former President Trump isn’t the only politician seeking to honor Dolly Parton, either.

There’s a bill in the Tennessee State House to consider honoring her with a statue. The proposed statue would be financed by gifts, grants, and other donations – rather than taxpayer funds. It would also be maintained via the Dolly Parton Fund, a separate account within the state’s general fund.

“From the Dollywood foundation that has provided books and scholarships to millions of American children, to the millions of dollars she has donated to dozens of organizations such as the Red Cross and COVID-19 research centers, Dolly Parton has given more to this country and this state than those Confederate officers could have ever hoped to take away,” the original petition reads.

Parton also helped raise over $9 million for Tennessee wildfire relief. Should the statue bill get the go-ahead, it won’t be replacing any Confederate statues. It will be located on the Capitol grounds and facing the Ryman Auditorium. More than 25,000 people supported the initiative to replace the controversial statues with one of Dolly Parton.