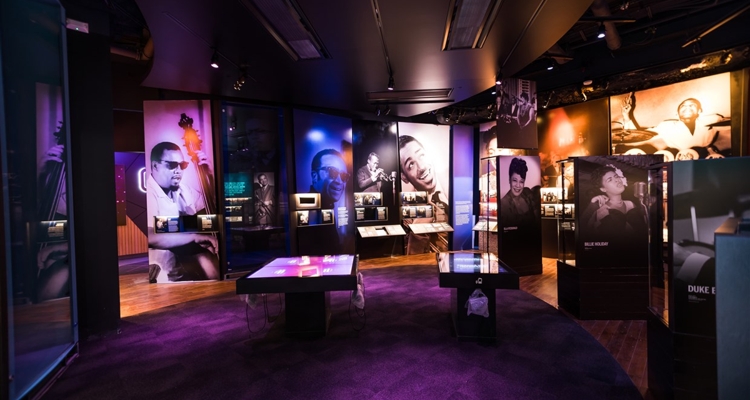 A new music history museum has opened its doors in Nashville to explore the origins of black music.

The National Museum of African American Music features many galleries, dating back to the 1600s. You can view Louis Armstrong’s trumpet or see Ella Fitzgerald’s Grammy Award. Several artifacts highlight the rich and diverse history of black music in the United States.

“We’re not focusing on one genre of music or one type of artist,” says museum spokesperson Tuwisha Rogers-Simpson. “We’re taking a look at what was the impact on African Americans once they entered the country, and how did that birth what we know now as black music.”

The museum features a 30-minute film that explores how the west and central African cultures evolved. It shows the evolution of spirituals, blues, jazz, and navigates through several historical periods in the United States. Music from the Reconstruction, Jim Crow, the Great Migration, and the Harlem Renaissance eras are all represented.

Each gallery inside the black music museum is named after famous songs by African American artists.

For example, the ‘Wade in the Water’ gallery documents religious music’s influence evolving from indigenous African music. It shows how that music survived the era of slavery and developed into black gospel music today.

Another gallery named ‘A Love Supreme’ after John Coltrane’s album showcases how jazz began. It started with African indigenous musical traditions in New Orleans, which developed in the 1900s into the jazz genre we know today.

Nashville is known as the City of Music, so it was the perfect fit for a museum exploring Black Music’s history. “We’re really telling the origin story of black music,” Rogers-Simpson says. The museum itself is a project nearly 20 years in the making. There are over 1,500 artifacts, objects, memorabilia, and clothing tied to famous black artists. The collection spans 50 genres and subgenres of music.

“We’re preserving the history of America’s soundtrack in a place where music is truly celebrated on a daily basis,” the museum’s website reads.

“The museum will be the final jewel in the city’s crown.” The National Museum of African American Music received support from hundreds of backers. That includes a $1 million donation from Amazon to sponsor local school field trips to the museum and other initiatives to expand its cultural reach. Those who attend can also watch past performances of artists like Rihanna, Usher, Marvin Gaye, and many others.