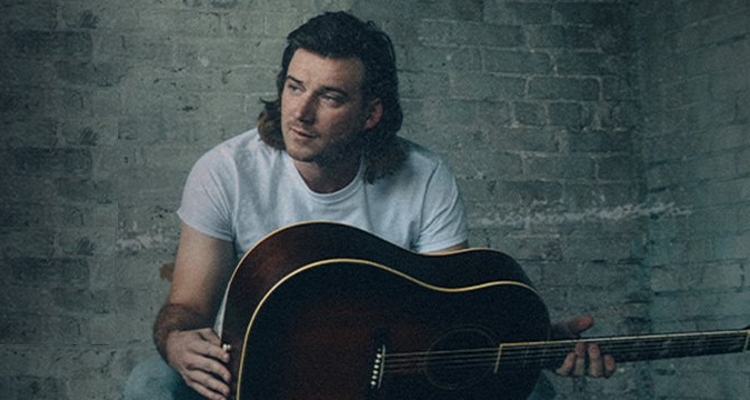 Just two weeks ago, it looked like Morgan Wallen’s career was dead in the water. In a clip that surfaced earlier this month, Wallen was filmed yelling a racial slur after a night of drinking with friends. The day after the video surfaced, Wallen’s music was removed from hundreds of radio stations and dozens of streaming service playlists. Wallen’s label, Big Loud/Republic Records, also declared that it would “indefinitely suspend” the country superstar’s contract.

Yet despite the damning and heavily-watched clip — or perhaps because of it — Morgan Wallen remains one of the fastest-rising new country stars.

In a five-minute video Wallen posted to Twitter last week, the singer apologized and said he was wrong for saying the n-word while drunk. “It’s on me to take ownership for this, and I fully accept the penalties I’m facing,” Wallen told fans. But despite those penalties — which include getting dumped by agent William Morris and scrubbed from Spotify’s biggest country playlists — fans have embraced the country singer, boosting his album to the top of the charts.

Dangerous: The Double Album has now spent five weeks sitting atop numerous album rankings, including the Billboard 200. Wallen most recently clocked the equivalent of 150,000 album sales in the United States. According to a New York Times report, Wallen’s songs were streamed 146 million times last week. That’s down from the high of 154 million the week prior.

Traditional album sales of Dangerous were also up 49% to 37,000 units last week.

Wallen’s new album isn’t the only one receiving renewed attention, however. His previous album from 2018, entitled If I Know Me, has also received a boost from the controversy. It jumped to the #10 spot on the Billboard best-selling albums chart. That’s the highest position for the album since its release, and up seven spots from #17 last week.

In talking about the incident, Wallen has asked fans not to defend him. He described a 72-hour bender that preceded the slur and said he’s been sober since it happened. “One thing I’ve learned already that I’m specifically sorry for is that my words matter, that words can truly hurt a person, and at my core, that’s not what I’m okay with,” Wallen told fans. “This week, I heard first-hand some personal stories from black people that honestly shook me.”

Singer and songwriter Jason Isbell, whose composition “Cover Me Up” was covered by Wallen on the Dangerous album, has also responded. He says he will donate any of his proceeds from the album to the Nashville chapter of the NAACP. Isbell thanked fans on Twitter, saying, “thanks for helping out a good cause, folks.”

Last week, Spotify launched a special deep-dive on the Dangerous album, despite removing it from playlists like Hot Country. Spotify’s exclusive ‘enhanced’ playlist was dedicated to the album and its music, and geared towards retaining superfans.

Earlier, we reported that those same fans were threatening to boycott various radio stations that removed Wallen’s music. It’s unclear if those same threats were directed at Spotify, though Wallen’s songs remain incredibly popular on the platform, despite the removal from various playlists.