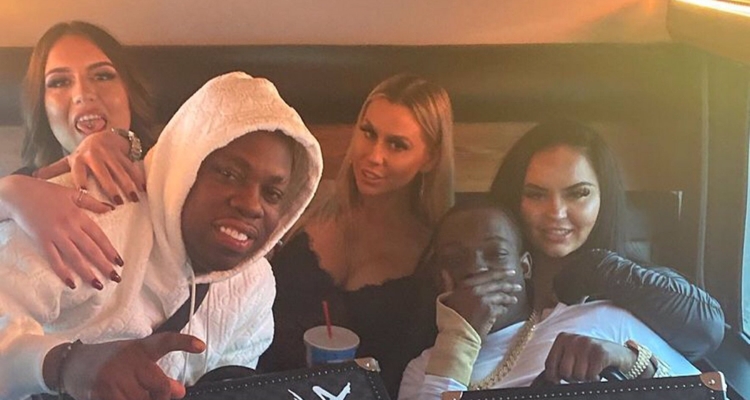 Bobby Shmurda is out of prison after serving six years for illegal firearm and conspiracy charges. He’s still signed to Sony through Epic Records.

Shmurda is now 26 and has been incarcerated since he was 19, in late 2014. He and more than a dozen members of his entourage were arrested as part of an NYPD raid during his debut album recording session. His release also comes with five years of supervision. The 19-year-old star rose to fame on the back of his music video, “Hot N****,” which became “Hot Boy” on the radio. His internet fame got him a deal with Epic Records.

But before his internet fame brought him into the music industry, Shmurda was “Chewy” to his boys in GS9. The group was childhood friends raised in Brooklyn in an immigrant neighborhood with lots of gang activity and rivalries. Born Ackquille Pollard, that’s the name federal agents were after on that fateful raid.

Curiosity about the charges Shmurda faced have arisen in the years he’s been locked up. GS9 highlights how RICO-conspiracy charges can be weaponized against communities of color and the criminalization of hip-hop culture. Because of that, Shmurda says he doesn’t want to return to Brooklyn.

“I’ll be in New York to handle business or do a show, but I don’t want nothing to do with New York,” Shmurda said in NPR’s Louder Than A Riot interview in 2018. He’s facing five years of parole and a lack of protection. It’s something he’s addressed in a recent podcast.

“I learned that even as a felon, I still can’t have a gun, but I can have security. So I told my bros who don’t got felonies and stuff, go get your license and stuff like that. I tell a lot of people, rappers these days and all that too, I’m saying, because nobody want police as security.”

What does Bobby Shmurda think of the hip-hop scene in the six years since he’s been in prison?

Pop Smoke came and went in the time that Shmurda has been locked up, it will be interesting to hear his return. Both he and his collaborator Rowdy Rebel are now home from prison sentences. Will their style continue where they left off, or will they be inspired by the hip-hop acts they inspired before their stints?Either way, Shmurda remained signed to Epic Records and Sony throughout his stint in prison.