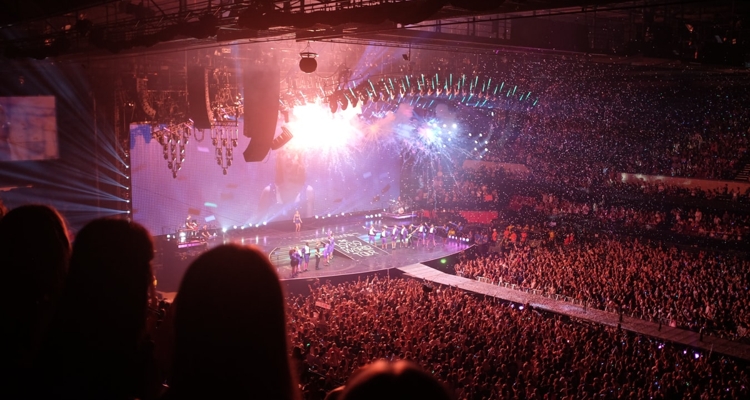 All of the scheduled shows for Swift’s Lover Fest tour were postponed in April last year. Now those shows are being canceled outright, Swift announced on Twitter Friday evening. “I love coming on here to tell you good news, or to share a new project with you,” her tweet begins. “It’s not my favorite thing in the world to have to tell you news I’m sad about.”

“I’m so sorry, but I cannot reschedule the shows that we’ve postponed. Although refunds have been available since we first postponed the Lover Fest shows, many of you hung onto your tickets, and I too hung onto the idea that we could reschedule.”

“This is an unprecedented pandemic that has changed everyone’s plans. No one knows what the touring landscape is going to look like in the near future. I’m so disappointed that I won’t be able to see you in person as soon as I wanted to. I miss you terribly and can’t wait until we can all safely be at shows together again,” Swift finishes.

Other international dates for the tour included shows in Belgium, Germany, Norway, Denmark, Poland, France, Portugal, and Brazil. New dates were never rescheduled for those canceled dates, so ticket holders have always had a refund option.

Since the debut of Lover, Swift has dropped two more albums full of new material. Folklore and Evermore have a decidedly different sound and Swift is busy re-recording her old Big Machine Label Group albums. She will re-release Fearless (Taylor’s Version) this April. There’s no set release date for the other five albums recorded under Big Machine Label Group.

Swift negotiated ownership of all her future masters when signing a new deal with Republic Records and Universal Music Group. “For years, I asked, pleaded for a chance to own my work. Instead, I was given an opportunity to ‘earn’ one album back at a time, one for every new album I turned in,” Swift told her fans in a post discussing her decision.

The pandemic has stretched on to the point that live touring is an unsure business. Dr. Fauci says around 75% of the population will need to be vaccinated before returning en masse. That could mean that live touring events won’t kick off in earnest until 2022.