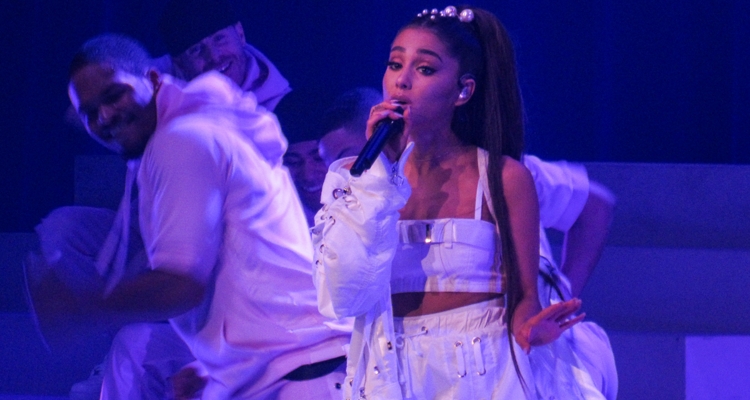 Back in January of 2020, a rapper named Josh Stone (and known professionally as DOT) filed a lawsuit against Ariana Grande for allegedly infringing upon his “You Need It I Got It” track to create 2019’s “7 Rings.” Now, the parties have settled the case for an undisclosed sum.

Josh Stone – aka DOT, once again – recorded “You Need It I Got It” on January 3rd, 2017, and named BMG, Kobalt, Concord, Universal Music, and several other entities and individuals as defendants, besides Ariana Grande herself.

In this original complaint, Stone cited musicologist opinions and maintained: “Literally, every single one of the 39 respective notes of ‘7 Rings’ is identical with the 39 notes of ‘I Got It’ from a metrical placement perspective. Said another way, the rhythm and placement of the notes and lyrics are identical.”

For a time in early March of 2020, it appeared that the case’s dismissal was imminent. District Judge Naomi Reice Buchwald, noting that Ariana Grande (and certain other defendants) hadn’t yet been served with the suit, established an April 15th deadline for the plaintiff and his team to set the case in motion. About one week before this cutoff, a different filing yet revealed that the lawsuit would proceed.

Then, an August of 2020 amended complaint introduced an array of interesting details to the case. Stone claimed that he’d taken multiple meetings with Universal Music Group executives and producers – including “7 Rings” co-writer Thomas Brown, who has worked with Grande on each of her five studio albums – in June of 2017.

And during these sit downs, which allegedly took place over the course of a week, Stone reportedly played a number of his songs, including “You Need It I Got It.” Plus, Stone relayed that Brown subsequently contacted him, specified that he enjoyed the allegedly infringed song, and expressed an interest “in exploring opportunities to work together.”

But instead of collaborating with Stone, Thomas Brown “simply took I GOT IT to Ariana Grande…and later repackaged I GOT IT into 7 RINGS,” according to the lawsuit’s text.

And as initially mentioned, the parties have officially settled the case, a new legal document (dated March 16th) shows. This filing doesn’t elaborate upon the circumstances of the settlement, however, which could represent anything from Stone’s receiving a portion of “7 Rings” royalties moving forward or no compensation at all.

At the time of this piece’s publishing, neither Stone nor the defendants had commented publicly on the matter. Separately, Taylor Swift remains embroiled in a copyright infringement lawsuit centering on “Shake It Off,” and the case has quietly dragged on for more than half a decade.