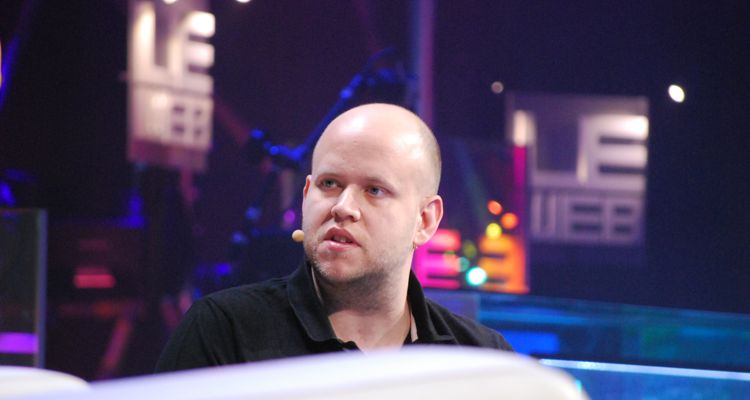 Spotify CEO Daniel Ek wants to buy the Arsenal Football Club if it goes up for sale. Music fans have rightly raked him over the proverbial coals.

Hundreds of angry soccer fans lined up outside the club’s Emirates Stadium to protest its current owner, Stan Kroenke. Arsenal is one of six Premier League clubs that joined a newly constructed European Super League. The move was a controversial one among fans, which led it to pull out of the newly formed league.

Following the protests, Spotify CEO Daniel Ek expressed an interest in buying the football club. Ek is estimated to be worth $4.7 billion. “As a kid growing up, I’ve cheered for @Arsenal as long as I can remember. If KSE would like to sell Arsenal, I’d be happy to throw my hat in the ring,” Ek wrote on Twitter on April 23rd.

Charlatans frontman Tim Burgess was one of the first musicians to respond to the tweet. “Could we ask that you get things sorted out with musicians before jumping in with footballers?” his tweet reads.

Many other users pointed out how poorly Spotify pays its artists – alluding that footballers won’t accept the same low pay. “Nah, f*ck Spotify. Pay the artists first, then consider buying Arsenal,” writes one music fan on Twitter. “If the Spotify CEO buys Arsenal does that mean the players don’t get paid anymore?” another joked.

“Don’t think they’d accept 0.000007p mate,” another user tweeted. Spotify notoriously pays its artists between $0.003 and $0.005 cents per stream, depending on whether the listening account was ad-supported or not. The extremely low royalty rate paid to artists has been the focus of music streaming in recent years.

Apple recently wrote a letter to artists, labels, and publishers highlighting its one-cent per-stream rate. Spotify has fought against that rate, saying it is impossible to accommodate for ‘reasons.’ News that Daniel Ek is looking to own a football club isn’t welcome when artists are scraping by to survive.

“As a musician – I would like to warn people in football not to give you the chance of f*cking up their entire industry as well; you’ve done enough damage to music already,” writes John Spiers on Twitter. “Spotify gonna buy Arsenal? Players won’t like it when they get paid £0.000006 per match,” another tweets, joking about Spotify’s low streaming royalties.