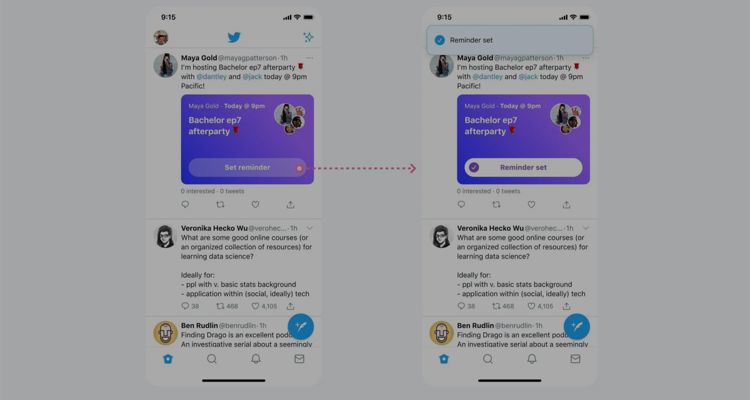 Twitter is giving accounts with 600 followers or more the ability to create Spaces.

Twitter hoped to open its audio chatrooms feature to everyone in April, but it came a bit later. The 600 followers number was decided after user feedback from a limited beta test of Spaces last year. “These accounts are likely to have a good experience hosting live conversations because of their existing audience,” Twitter says in its blog post. “Before bringing the ability to create a Space to everyone, we’re focused on learning more, making it easier to discover Spaces, and helping people enjoy them with a great audience.”

Twitter is moving quickly to capitalize on the social audio chatroom concept kicked off by Clubhouse.

Clubhouse launched last year as an iOS-only, invite-only social media network. The small start-up is beta-testing an Android app, but larger giants are chomping at the bit to deliver first. Twitter Spaces, Discord Stage Channels, and Facebook are all working on Clubhouse competitors.

One thing that Twitter Spaces has that its competitors don’t is monetization through ticketing.

Twitter says hosts will be able to set ticket prices and the number of tickets sold. That could pave the way to exclusive concerts and a way for artists, musicians, and others to earn money on social media platforms by hosting private concerts. Twitter says it will take ‘a small amount’ of revenue from the ticket sales but didn’t specify how much.

The Twitter Spaces ticketing feature isn’t available right now, but Twitter expects to test it with a limited group of people in the coming months. Clubhouse is going with the Patreon model, offering fans the ability to give hosts direct payments for their content.

Twitter appears to be monetizing Spaces in several different ways. It is also testing a Super Follows feature that will allow users to charge for extra content. A rumored ‘tip jar’ feature for profiles and Spaces might also be coming soon. Scheduled Spaces and co-hosting are also in the works, though Twitter has not provided a timeline for when the features may launch.

One caveat is that Spaces is mobile-only for now. A spokesperson has confirmed that Twitter Spaces for the web is in the works, but we don’t know when it will be available. Twitter Spaces also supports live captioning, while Clubhouse does not. Twitter plans to expand this accessibility feature with scrolling and custom fonts.