Cardi B to Discuss Settlement of Years-Running ‘Back Tattoo’ Lawsuit 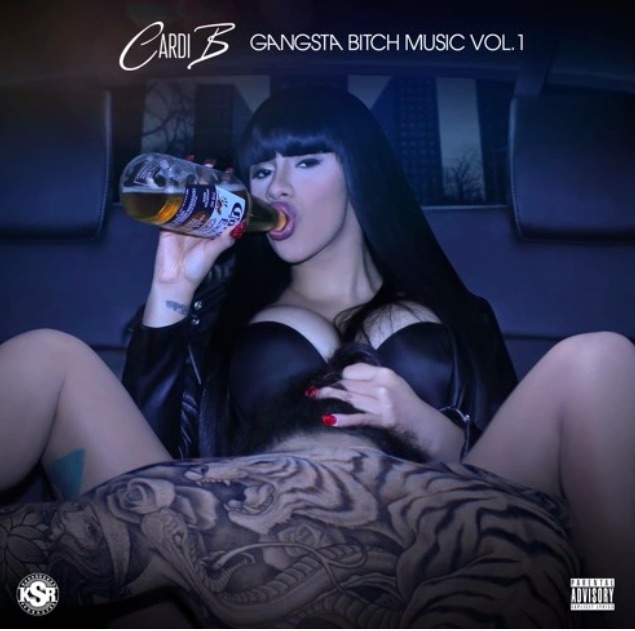 In October of 2017, one Kevin Brophy Jr. sued Cardi B over the back tattoo of a model (the6atsix) featured on the cover of her Gangsta Bitch Music, Vol. 1 mixtape. Now, after nearly four years of litigation, the parties are officially set to enter settlement talks in August.

In the long-running courtroom confrontation – which saw Cardi B give a deposition in 2019 – Brophy Jr. maintained that his reputation had been damaged by the cover art on the 28-year-old rapper’s debut mixtape.

Specifically, the surf-industry employee Brophy Jr. stated that because he has a nearly identical back tattoo as the6atsix – whose face isn’t displayed in the photo, which shows him in a compromising position before Cardi B – and must frequently remove his shirt at work, his reputation may have been damaged by Gangsta Bitch Music, Vol. 1.

Plus, the plaintiff alleged that the back-tattoo similarities entitle him to a portion of the 2016 effort’s royalties – and possibly a piece of all the royalties from throughout Cardi B’s career, in the sense that the 13-track release laid the groundwork for the “WAP” artist’s subsequent successes.

Worth noting is that Cardi B has long denied Brophy Jr.’s claims (calling them “bullshit” during the aforementioned deposition), and WMG’s Atlantic Records fired back against the allegations after the plaintiff formally sought to compel the disclosure of royalty information.

But as initially mentioned, the court has scheduled a settlement conference for the afternoon of Friday, August 20th, 2021, new legal documents have revealed.

Settling would allow the case’s “parties to avoid the substantial cost, expenditure of time, and stress that are typically part of the litigation process,” the 10-page-long filing reiterates, before indicating that the involved counsel must “discuss settlement with their respective clients and insurance representatives, so that the parameters of possible settlement will have been explored well in advance of” the actual sit down.

Building upon the point, Brophy Jr. and his attorneys are required to inform Cardi B and her lawyers “no later than 14 days before” the settlement conference of the terms that they’d be willing to accept. Each of the defendants must then respond with a list of acceptable settlement terms within 72 hours.

If a compromise seems unlikely based upon these offers – and given that the lawsuit has dragged on for four years, this looks to be a distinct possibility – either party’s counsel “must immediately contact the courtroom deputy and arrange for a telephonic conference” to discuss with the magistrate judge whether the settlement conference should proceed as scheduled.

At the time of this piece’s publishing, Cardi B hadn’t commented publicly on the newly scheduled settlement conference with Kevin Brophy Jr. In late December of last year, the New York City native Cardi B won a $30 million lawsuit involving her former manager.