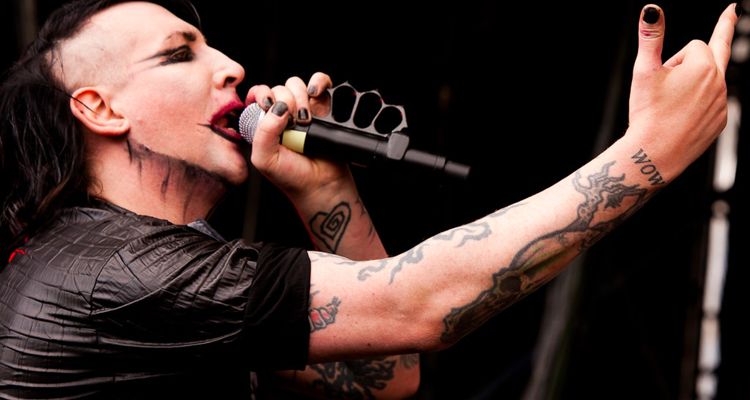 An arrest warrant for Marilyn Manson exists in New Hampshire and has since 2019.

The Gilford Police Department issued a statement about the existing arrest warrant on Facebook. Manson is facing two counts of a Class A misdemeanor for simple assault, stemming from an August 18, 2019 altercation during his concert at the Bank of New Hampshire Pavilion.

During the incident, Manson allegedly spat on a videographer during the concert. A Class A misdemeanor in New Hampshire carries a possible jail sentence of less than a year and a fine of $2,000 or less. The Gilford Police Department says the shock rocker is aware of the arrest warrant and has made no attempt to answer for the pending charges.

“Mr. Warner, his agent, and legal counsel have been aware of the warrant for some time, and no effort has been made by him to return to New Hampshire to answer the pending charges,” the Gilford PD statement on Facebook reads.

The incident is not related to the ongoing sexual assault investigation by the Los Angeles Sherriff’s Department. Manson has been accused of physical, sexual, and psychological abuse by numerous women who have come forward. Those women include former girlfriend Evan Rachel Wood, Ellie Roswell, Esmé Bianco, and his former assistant, Ashley Walters.

Both Bianco and Walters have filed lawsuits against Marilyn Manson for sexual assault and battery. Manson maintains that all of his relationships with women have been with “consensual partners.”

“Obviously, my art and my life have long been magnets for controversy, but these recent claims about me are horrible distortions of reality. My intimate relationships have always been entirely consensual with like-minded partners. Regardless of how and why others are now choosing to misrepresent the past, that is the truth,” the singer said in a statement after the allegations were made.

Pitchfork reached out to Howard King, an attorney for Marilyn Manson.

“It is no secret to anyone who has attended a Marilyn Manson concert that he likes to be provocative on stage, especially in front of a camera. This misdemeanor claim was pursued after we received a demand from a venue videographer for more than $35,000 after a small amount of spit came into contact with their arm,” Mr. King’s statement continues.

“After we asked for evidence of any alleged damages, we never received a reply. This whole claim is ludicrous, but we remain committed to cooperating with authorities, as we have done throughout.”