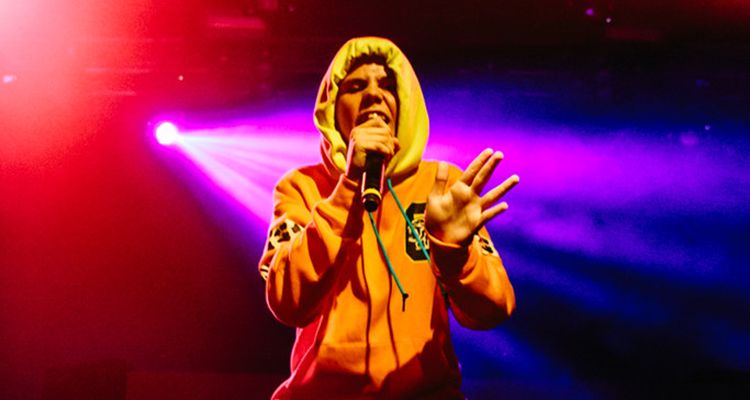 In an interview with Variety, The Kid Laroi says he was inspired to pursue a career in music by Bieber. “I remember when I was seven years old and my older cousin took me to go watch the Never Say Never documentary with her when it came out in the movie theater,” he says. “I didn’t really know a lot about Justin Bieber, I was like seven years old, but I remember after watching that movie, I was like, ‘Yo, this is the coolest kid in the f*cking world.'”

The Kid Laroi’s F*ck Love album spawned his biggest his to date with “Without You.” In the past three months, he has released collabs with Miley Cyrus and Justin Bieber. He’s broken an Australian chart record and hit the top ten charts in more than a dozen countries.

Who is The Kid Laroi?

The Kid Laroi was born Charlton Howard in Sydney, Australia. He’s one of the fastest-rising music stars in the world. Since moving to Los Angeles to pursue his career in music, he’s accrued more than a billion streams across music platforms.

The Kid Laroi has gained a massive following on social media by being open about his life struggles.

“Before my uncle was murdered, he would stress to me how important it was that I keep rapping and stay focused. When I was little, I told him, “but I want to be like you,” to which he replied, “if you turn out like me, I’ll be disappointed.” Those words have stuck with me forever,” the rapper admits.

Laroi developed a passion for hip-hop during his parents’ divorce. He started recording his first verses on his mom’s iPhone before upgrading to a studio to post music to SoundCloud. He soon developed a devout following in Syndey. In 2019, his music caught the attention of Grade A Productions executive Lil Bibby. He was soon signed to a joint deal with Columbia Records.

After Laroi opened for a Juice WRLD tour in Australia, the two hit it off. But in December 2019, Juice WRLD died from a drug overdose.

“That was my big brother. I learned a whole lot from him,” Laroi says, speaking of Juice WRLD. Laroi was in the process of putting together his debut album when he heard the news. His debut album, F*ck Love, was released in July 2020, honoring his long-time collaborator.