YouTube Is Expanding Its ‘TikTok Killer’ Shorts Into the UK, Canada, Latin America — With New Features 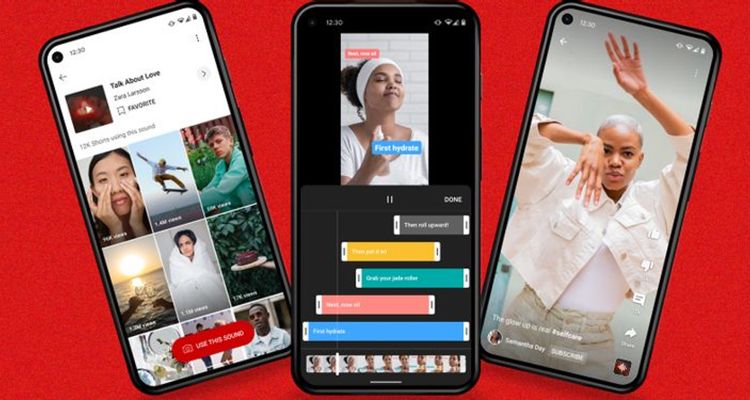 Google is expanding its YouTube Shorts rollout to the UK, Canada, and Latin America. Here’s the details.

YouTube Shorts is the rival service Google is hoping will attract the younger TikTok crowd. It first launched in India amid the country’s TikTok ban before finally launching in the United States. Now YouTubers in the UK, Canada, and Latin American countries can join in on the short-form video action.

Google is hoping the new short-form video format will attract more eyeballs to YouTube. TikTok has become a growing part of music discovery for Generation Z – which relies mostly on friends and social media to discover new music. But TikTok isn’t the only competition in this arena anymore. Instagram Reels, Snapchat Spotlight, and Twitter Fleets are all available as short-form video platforms.

Google isn’t ready to part with any stats on how YouTube Shorts is doing, either. A YouTube spokesperson confirms the Shorts player has surpassed 6.5 daily billion views in the countries where it is available. But that’s not a very useful metric when measuring how much longevity the platform will have.

YouTube is also ready to incentivize creators to use the platform. Last month it launched a $100 million creators fund to lure content creators into making content for its platform versus TikTok. YouTube is hoping the monetary incentives will help YouTube Shorts by expanding its content creator-base. The feature is still technically in beta, and Google is well-known for killing ideas.

Digital Music News asked a YouTube spokesperson if YouTube Shorts would ever become a standalone app. The company declined to say whether that is a possibility in the future. The Shorts experience in the YouTube app functions much like TikTok, scrolling vertically from one short video to the next.

“The ability to sample licensed music has been getting slowly expanded and rolled out in India and the US in the past few weeks,” TechCrunch confirms. Anyone in the UK, Canada, and Latin America who can see the Shorts feature can also sample YouTube audio videos. That’s what could turn YouTube Shorts into a true TikTok killer.

YouTube has a music catalog of millions of songs from over 250 different labels and publishers. YouTube is also copying several features from TikTok, wholesale. Creators can now add text, captions, and graphics as overlays to their Shorts. Clips and filters for color correction also exist, with features that YouTube is continuing to roll out over time.