Marilyn Manson Expected to Turn Himself In On Misdemeanor Assault Charges 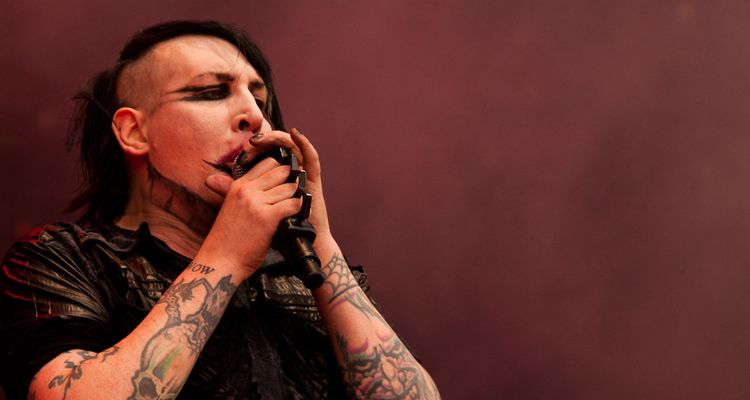 Marilyn Manson will turn himself in to Los Angeles police over an active arrest warrant from New Hampshire.

Digital Music News covered the active arrest warrant from 2019 back in May. The Gilford Police Department issued a statement about the existing warrant on Facebook. Manson faces two counts of a Class A misdemeanor for simple assault for spitting on a man. The arrest warrant was issued after Manson failed to answer for charges.

Marilyn Manson, real name Bryan Hugh Warner, was performing at the Bank of New Hampshire Pavilion on August 18, 2019. The video camera person was working in the pit when Manson spit on him and shot snot out of his nose at him. Manson’s attorney has denied the incident was an assault.

The Gilford Police Department thanked the public outcry on Facebook for the response. “Thanks to over 300,000 FB comments and shares (many besmirching our agency for even filing such charges), it has forced Mr. Warner to finally address his outstanding NH warrant, which will, in turn, allow the victim of the crime to have her say/day in court in order to hopefully hold Mr. Warner accountable for his actions,” says Gilford, NH Police Chief Anthony Burpee.

Burpee confirmed to Variety that Gilford’s prosecutor is currently working on sending the warrant to an LAPD detective. That detective will then contact Manson’s attorney to arrange for the shock rocker to turn himself in. Manson’s lawyer has not responded to requests for comment.

If Marilyn Manson turns himself in within the next few weeks, his court hearing could be in August.

If the videographer wants to pursue a civil case against Manson, that will run separately from the criminal investigation. Manson is also facing a federal lawsuit accusing him of sexual assault, battery, and violating federal anti-trafficking laws.

Multiple women came forward in February to talk about their experiences at the hands of Manson. Actresses Esmé Bianco and Evan Rachel Wood both shared details of their relationships with Manson, alleging sexual and psychological abuse.

Manson has denied all of these allegations, releasing a statement on Instagram. In that statement, he classified all of his intimate relationships as being “among consensual partners.” As a result of the allegations, the shock rocker was dropped by his manager, talent agency, and record label following the serious allegations.