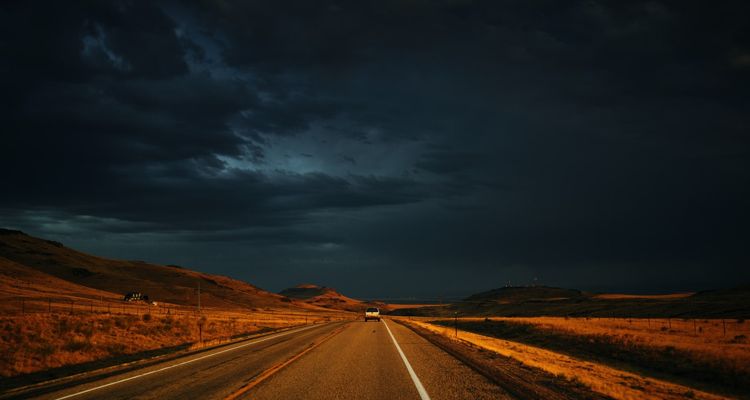 The opening lines of “Thunder Road” have been cleared up by a long-time Bruce Springsteen collaborator.

An innocuous Twitter account sharing one of the lyrics sparked the intense online debate. “The screen door slams, Mary’s dress waves/ Like a vision she dances across the porch as the radio plays,” The Boss drawls in his New Jersey accent. Those specific lyrics are included in all official Born to Run album materials.

But the less-than-perfect rhyme sparked by the tweet has led the producer for Born to Run to comment. John Landau spoke with The New Yorker’s David Remnick about the “Thunder Road” debate. “The word is ‘sways,'” Landau confirms via email.

So there you have it, the “Thunder Road” debate on whether Mary’s dress waves or sways has been settled, by Bruce Springsteen himself, although indirectly. Landau makes reference to Springsteen’s original materials in correcting the lyric. Springsteen himself has not commented on the trending debate via Twitter.

Springsteen uses ‘sways’ on page 220 of his Born to Run memoir and in hand-written lyrics. But as The Los Angeles Times writer Rob Tannenbaum points out, even the world of rock was split on the lyric. When asking Frank Turner, a British performer, he responded “I’ve been known to pointedly sing ‘swaves.’ It’s a middle ground. Like centrism, it pleases nobody.”

Springsteen on Broadway was the first full-length show to open since the COVID-19 pandemic. The rock and roller’s performance is helping revive an industry that lay dormant for months.

“I am here tonight to provide proof of life,” Springsteen said at his June 26 show. It’s a line from his original show, which ran for 236 performances in 2017 and 2018. The post-COVID performance at the St. James theater was intimate, with just 1,721 seats filled – all vaccinated attendees. Springsteen has brought some new touches to the show, including his new record. He also discusses the drunken-driving charges, which were dismissed.