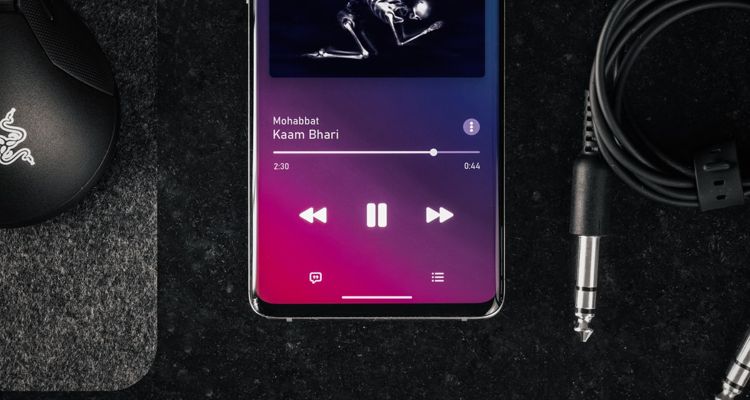 Apple is bringing spatial audio and lossless streaming to its Android app.

The two new features launched in June on iOS devices, but now Android users can listen. At launch, users can listen to thousands of tracks with Dolby Atmos support. Lossless audio streaming offers “bit-for-bit” accuracy – for an uncompromised sound.

The new update for Android also includes automatic crossfade, blending each song into the next. That’s a feature Android users have been asking for for a while now. If you use Apple Music on Android, here’s how to enable high-quality lossless streaming on your device.

It’s worth noting that not all Android devices will support spatial audio and lossless quality streaming. If you don’t see the toggle for ‘Dolby Atmos‘ in your Apple Music settings, your phone may not support the feature.

What is Dolby Atmos?

Apple utilizes the Dolby Atmos tech for its spatial audio technology. Atmos offers surround sound in a 3D plane, including X, Y, and Z axes. Channel encoding doesn’t pre-mix audio for a specific setup; instead, it takes an object-based approach. It arranges audio data that is mixed right before it comes out of your speakers.

Dolby Atmos allows for up to 128 tracks and individually tracked audio objects – each with their own metadata. The format is designed to be speaker-setup agnostic, so no matter how you’re listening you can hear the difference.

Dolby Atmos on smartphones features a software-based solution for headphones. It aims to emulate a 3D audio effect that you might hear from a traditional surround-sound setup.

Essentially, the software changes the sound to trick your brain into believing its coming from different directions – even though the speakers are right next to your ear.

Dolby Atmos support in Android spans back to 2018. At launch, only four phones supported the technology. But it has slowly become an important part of mobile tech, especially since Apple has adopted support. You can expect most flagship Android smartphones will support Dolby Atmos in the future – if they don’t already.