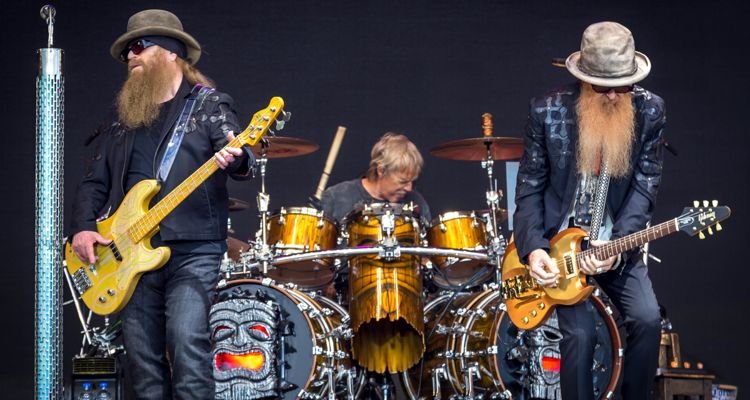 The group performed live in Tuscaloosa, Alabama with the group’s guitar tech, Elwood Francis, filling in for Hill. During the show, guitarist Billy Gibbons told the crowd that Hill wanted ZZ Top to continue after his passing.

“We’re gonna have a good time in here tonight,” Gibbons can be heard saying. “Got a new guy up here, as you know. Dusty gave me the directive. My friend, your pal, Elwood Francis is gonna hold it down behind me.”

After a few songs, Gibbons asked, “How about that, Elwood? Tearing up that bottom there for Dusty.” The group announced the death of the long-time bassist on July 28th – just two days before the show.

“We are saddened by the news today that our compadre, Dusty Hill, has passed away in his sleep at home in Houston,” the band wrote on Facebook. “We, along with legions of ZZ Top fans around the world, will miss your steadfast presence, your good nature and enduring commitment to providing that monumental bottom to the ‘Top.’ We will forever be connected to that ‘Blues Shuffle in C.'”

The band was on tour when it was announced on July 23 that Hill was going home to “address a hip issue.” Elwood Francis has been filling in to play slide guitar, bass, and harmonica for the tour.

The ZZ Top US tour is scheduled to run through the end of the year, with the final show on December 12 in Midland, Texas. The tour has 56 more stops littered around the South. You can check out the rest of the tour dates on the official ZZ Top website.

In April, the band will begin their tour of Canada, starting in British Columbia. The band will tour across Canada in April and May before winding up the North American leg of their tour.

Dusty Hill was 72 when he passed away. Hill joined ZZ Top in 1970, a year after the band formed. He played with the group for more than 50 years and through 15 studio albums. The group’s most recent album dropped in 2012. ZZ Top as a group was inducted into the Rock and Roll Hall of Fame in 2004.