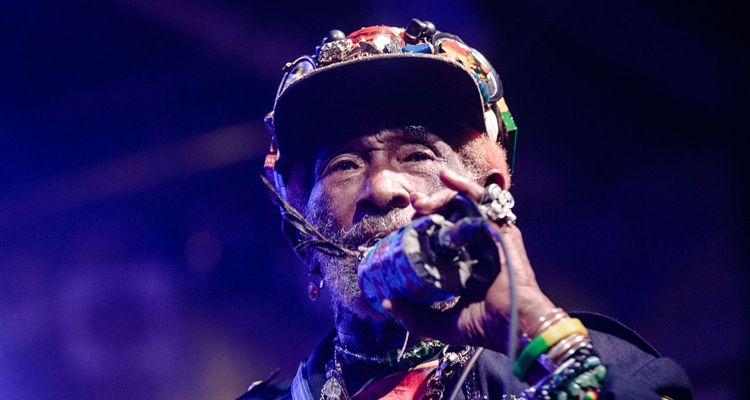 Pioneering producer Lee ‘Scratch’ Perry has died in a hospital in Jamaica. He was 85.

Perry is best known for his experimental sound that helped revolutionize music. Reggae, hip hop, dance, and many other genres have benefitted from sounds pioneered by Perry. Jamaican Prime Minister Andrew Holness confirmed the loss of the icon.

Lee ‘Scratch’ Perry was born Rainford Hugh Perry in rural Jamaica in 1936 and moved to Kingston in the early 1960s. He started his music career in the early 1950s as an assistant at a reggae music label. He soon became a recording artist with the same label. Perry went on to work with several music acts, including Bob Marley and the Beastie Boys.

The Beastie Boys honored the passing of Lee ‘Scratch’ Perry in a tribute to him.

“We send the most love and respect we can to Lee Perry who passed today, to his family and loved ones and the many he influenced with his pioneering spirit and work. We are truly grateful to have been inspired by and collaborated with this true legend,” the group wrote.

Lee ‘Scratch’ Perry won a grammy in 2002 and was nominated four other times. In a 2010 interview with Rolling Stone, Keith Richards described him as the Salvador Dali of music. “He’s a mystery. The world is his instrument. You just have to listen. More than a producer, he knows how to inspire the artist’s soul.”

“He was experimenting with things that people still to this day are inspired by,” says DJ Rikshaw in an interview with NPR. “He was doing remixes before the term even really existed with these 12-inch dub plays, disco mixes that would splice together different songs, different rhythms and effects.”

Perry was suspected of burning down the Black Ark studio in 1983 after a breakdown. He moved to Switzerland temporarily after the fire, claiming to be part elf and needing cold weather.

“I tire of the trope that genius rides shotgun with madness, but few people were as weird or cast as long a shadow as Lee Perry,” says producer Steve Albini. “His records were shocking and became talismans for anybody who ever tried to manifest the sound in their head. Requiescat.”