Roblox Teams Up With Warner Music for Twenty One Pilots Concert 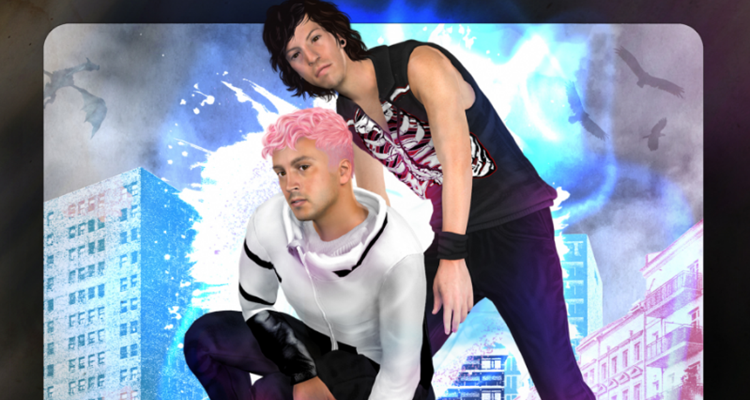 Move over, Fortnite. Roblox has announced a fully immersive Twenty One Pilots concert.

The concert is in partnership with Warner Music Group and is described as “a pioneering interactive virtual concert.” Roblox has been building a huge stage for its virtual performances and this will be the first concert to take advantage of the new tech.

The Twenty One Pilots concert inside Roblox starts on September 17 at 7 pm ET to kick-off the group’s Takeover Tour. The performance will feature a five-song set combining hit songs and new material from their 2021 album Scaled and Icy. Roblox says the ‘high-fidelity experience’ will feature a dynamic setlist dictated by fans in real-time.

“A dynamic setlist that gives users in each concert the ability to control the order of songs performed through instantaneous voting once the concert begins. Each song will feature its own meticulously designed set with a high level of fidelity and realism, powered by the latest in Roblox’s lighting,” the announcement reads.

Of course, it wouldn’t be a Roblox concert for Twenty One Pilots without a bunch of metaverse quests to complete.

Roblox says pre-concert quests in Ultimate Driving: Westover Islands, Creatures of Sonaria, and World // Zero will allow participants to win digital Twenty One Pilots merch. Each world will also include portals that allow them to be transported into the pre-concert venue in the days leading up to the concert.

Fans will be able to replay Twenty One Pilot concert performances at the top of each hour for two days through Sunday, September 19 at 11 pm PDT.

“Twenty One Pilots is a band that has spent their entire career figuring out how to reach the most people possible,” says the band’s Creative Director, Mark Eshleman. “From selling out the small room and moving to the big venue next door to now launching a virtual experience with Roblox for millions of users, the goal has always been the same. The Roblox team has made an effort every step of the way to honor the band’s fans, its lore, and history to make sure this experience aligns with what people can expect from a show.”

Roblox is hoping to take on Fortnite as a place where young people gather. Its Ava Max album launch party was just a warm-up of what’s to come. The company is focusing heavily on user-created experiences and experimental audio performances are a huge part of that.