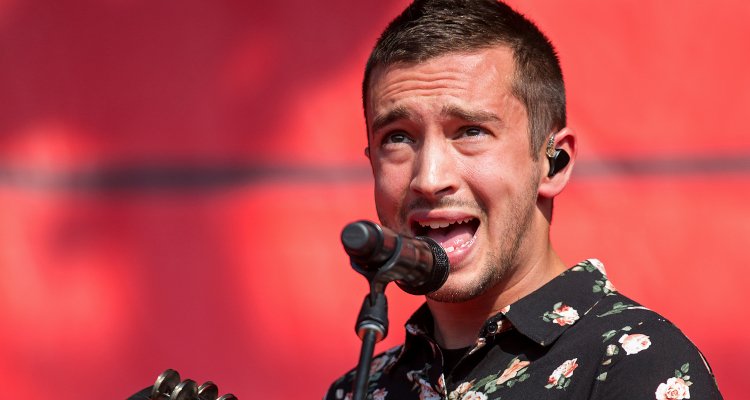 Tempo Music Investments has officially acquired an interest in the catalog of Twenty One Pilots lead singer Tyler Joseph.

Tempo Music – a nearly two-year-old music-investment venture from Warner Music Group and Providence Equity Partners, which recently backed Sweetwater – unveiled the catalog play in a formal release. Said release doesn’t identify the financial specifics of the IP investment (including the involved stake), but it’s worth noting at the outset that this is the third such deal to arrive on the week, following high-profile catalog purchases from Hipgnosis and Round Hill Music.

Included in the newest of these agreements is Joseph’s songwriting interest in popular Twenty One Pilots tracks such as “Heathens,” “Car Radio,” and “Ride,” to name just some. To be sure, the 32-year-old Tyler Joseph has penned all the songs on the six studio albums that Twenty One Pilots has released to date, including May of 2021’s Scaled and Icy.

It also bears mentioning that Tempo Music’s deal with Joseph is “a strategic alliance,” according to company officials, as the six-time Grammy nominee and his longtime manager, Chris Woltman, are now “working alongside Tempo on other potential investments.”

Addressing the agreement in a statement, Columbus-born Tyler Joseph said: “The passion from the Tempo team around the idea of these songs, as well as the long-term strategy of their vision, is powerful for a songwriter. I look forward to working with Josh Empson, the team at Tempo, along with Warner Chappell, as we uncover new ways to drive discovery of these songs.”

Josh Empson, a longtime Providence Equity higher-up who became CEO of Tempo Music in December of 2020, added: “Tyler is that rare artist whose towering creative talent is matched only by his courage to be honest and vulnerable in his music. He has given a powerful and nuanced voice to issues that many of us shy away from talking about.

“His profound authenticity, supported by Chris Woltman’s astute management, has won Tyler millions of fans around the world who feel a deep, abiding, and personal connection to his work. It’s a true privilege for Tempo to partner with Tyler and Chris. This is what we founded Tempo for: to be a long-term ally for modern masters like Tyler and his peers on the Tempo roster,” he finished.

The “long-term ally” portion of Empson’s statement is worth bearing in mind, as the initially mentioned Hipgnosis and Round Hill Music (as well as Primary Wave, Reservoir, and Iconic Artists Group, among others) have made headlines for purchasing music IP from all manner of creators in recent months.

Evidently, Tempo is employing a more cautious approach in the highly competitive (and expensive) space, though the two-year-old entity has nevertheless acquired “catalogs from today’s top artists and producers including Wiz Khalifa, Florida Georgia Line, Shane McAnally and more,” according to the release.