Is Travis Scott Cancelled? Nike, Coachella, Other Deals In Doubt as Lawsuits Pile Up 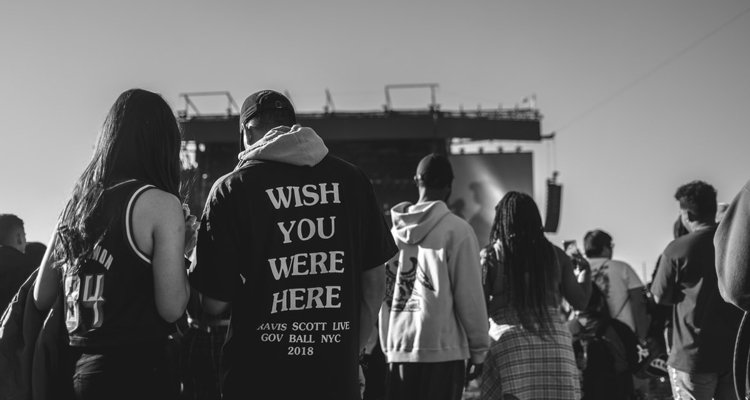 Is Travis Scott cancelled? After the Astroworld Festival tragedy, lawsuits are piling up and sponsors are dipping out.

A massive new lawsuit is seeking $2 billion in damages from Travis Scott, Drake, Live Nation, Apple, and others. The lawsuit was filed on behalf of 282 plaintiffs linked to the deadly Astroworld concert that killed ten people and caused dozens of other injuries.

Lawyer Thomas J. Henry is in charge of the fast-evolving lawsuit, which now includes nearly 300 people and follows earlier lawsuits claiming hundreds of millions in damages. “The defendants stood to make an exorbitant amount of money off of this event, and they still chose to cut corners, cut costs, and put attendees at risk,” Henry said in a statement.

“My clients want to ensure the defendants are held responsible for their actions, and they want to send the message to all performers, event organizers, and promoters that what happened at Astroworld cannot happen again.”

The lawsuit also names Apple for its multimillion-dollar promotion of the Astroworld Festival, which was streamed via Apple Music. The lawsuit says the concert may have catered to give Apple viewers the best view, rather than focus on safety of the crowd.

“Early reports from the investigation of the Astroworld catastrophe indicate that the premises were arranged in a fashion that best served Apple’s online streaming of the concert at the detriment to concertgoer safety,” the lawsuit reads.

“The placement of cameras streaming for Apple Music’s broadcast effectively limited many concertgoers’ means of exit; this dangerous condition would inevitably prevent individuals from dispersing.”

Scott cancelled his appearance at Day N Vegas, which was just a few days after the Astroworld Festival. Sources who confirmed that cancellation said the rapper was too distraught to perform and would provide full refunds to everyone who bought tickets to Astroworld.

Is Travis Scott cancelled? A petition to have Travis Scott removed from next year’s Coachella festival has reached 25,000 signatures.

Despite the Astroworld catastrophe, Scott’s Astroworld album saw a bump in streams in the wake of the tragedy. According to HitsDoubleDaily, the 2018 album jumped up 12 spots from #50 to #38 on the Billboard 200 charts. While fans may be more forgiving, brands certainly aren’t.

Nike is postponing the release of its sneaker collaboration with Travis Scott’s Cactus Jack label. “Out of respect for everyone impacted by the tragic events at the Astroworld Festival, we are postponing the launch of the Air Max 1 x Cactus Jack,” Nike confirmed to sneakerheads. The upcoming shoe drop was promoted at the concert in Houston with a planned December release.

W magazine is reportedly trying to pull its upcoming edition after Travis Scott and Kylie Jenner featured on the cover. “W editors have cleared any planned coverage of Travis and Kylie from their website, but the magazine was already printed and now they are trying to stop the delivery trucks,” one anonymous source confirmed to Page Six.

“In light of what happened at Astroworld, the interview and cover lines seem inappropriate, to say the least.” Jenner was in attendance at the Astroworld Festival with the couple’s 3-year-old daughter, Stormi.

November 22 – Two security guards who were injured during the Astroworld Festival are suing Travis Scott, Drake, and the company that hired them.

The two men are both from Houston. Samuel and Jackson Bush sustained injuries during the concert. Samuel broke his right hand and injured his back when he was overwhelmed by the crowd.

“It was just overwhelming. I was trying to help out as much as I could, and I would up getting hurt. I reached my shoulder to her to grab around me so I could try and lift her up and slide her out, but as much as I tried, I could not get her,” Samuel said during the press conference. “It made me feel less than a man knowing I couldn’t help, and then, later on, knowing many people died.”

Jackson Bush says he suffered shoulder and back pain and emotional trauma. Jackson’s lawyer says he pulled a deceased concertgoer from the crowd.

“As far as training goes, there was no training. The plan just wasn’t executed the right way,” Jackson told the press. “I was so sore because I had helped out guys bigger than me, and I found my uncle and I told him I just can’t.”

The attorney for the Bushes, Larry Taylor, says there was no security training. The men just signed their names to a sheet after arriving on the day of the festival.

“You would think it would take more than just signing your name,” Taylor says. “At least an ID, at least a day before, coming through, walking through, seeing what you needed to do so everyone knew their assignment, everyone knew each other.”

“None of those things were done. It was as simple as you and I meeting up now and walking on the other side of this gate, and we’re supposed to secure the park. Secure what? Secure where? Secure who? None of these things were provided to these gentlemen, and it seems as if they just wanted bodies – more so than to actually secure.”