Ed Sheeran Is Playing Inside Pokemon Go – The Details 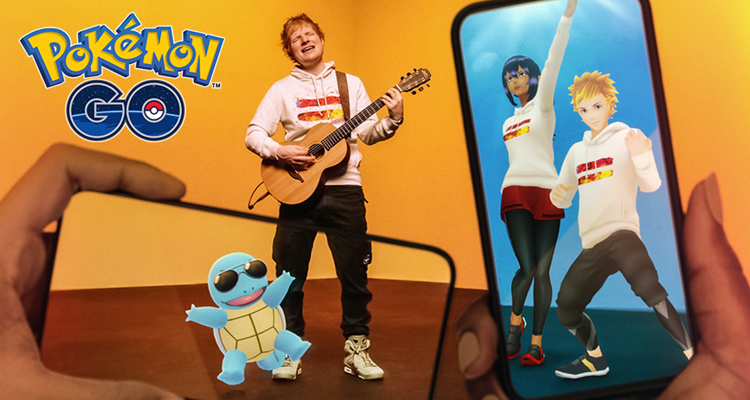 Niantic has announced that Ed Sheeran will perform inside the Pokemon Go app. The performance will be available November 22, 2021 at 11 am PST and will feature several songs from Ed Sheeran’s new album, =.

“Ed always chooses the water-type Pokemon as his first partner when he starts a Pokemon RPG. In celebration of this collaboration, we look forward to an event featuring all of the water-type first-partner Pokemon currently available in Pokemon Go,” Niantic says. So you can pick up your Saweetie meal from McDonald’s while enjoying Ed Sheeran in Pokemon Go.

Sheeran’s performances will play on November 22 and November 30. Songs in the performance include:

Niantic says the song “Overpass Graffiti” will be playing as overworld music in Pokemon Go from November 22 until November 30. So even if you don’t tune in to hear Ed’s performances, you’ll still hear this one in the background at night.

Niantic is also offering free in-game merchandise featuring Ed Sheeran to those who play the game during the event. An Ed Sheeran sweatshirt can be redeemed with a special code. You can also earn water-type themed stickers by spinning PokeStops, opening gifts, and purchasing gift packs from the store.

It’s interesting to see the collaborations that pop stars are landing in the realm of video games. Pokemon is a huge franchise, but Pokemon Go is something of an outlier among the hardcore crowd. Plenty of casual gamers still enjoy catching virtual monsters in the real world, though.

Ed Sheeran says he had to hurry and rush his work on = because Adele had all the vinyl factories booked. “The album wasn’t, like, finished this week and then handed in. I handed it in in July ’cause I had to get it printed on vinyl,” Sheeran says.

“There’s like, three vinyl factories in the world, so you have to do it really early. And Adele had basically booked out all the vinyl factories, so we had to get a slot and get our album in there.” Sheeran says Coldplay, Taylor Swift, ABBA, and Elton John were all trying to get their vinyl albums printed at the same time.