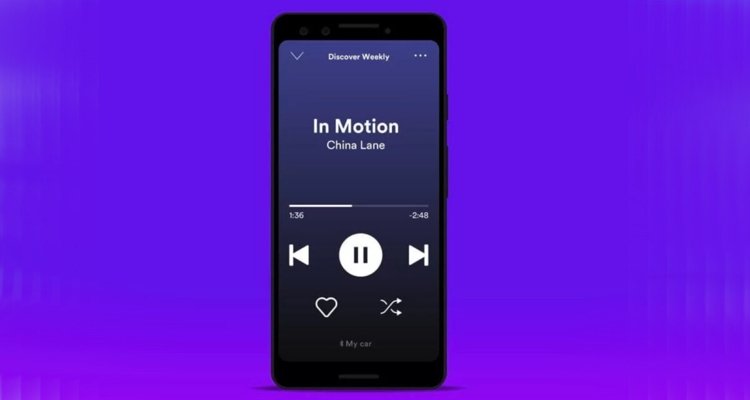 Spotify Car View is gone. The music streaming giant is retiring the view in favor of its hardware, Car Thing.

Spotify introduced the stripped-down Car View mode in 2019 with just music controls. When your phone is connected to your car via Bluetooth, menus, album art, and other distractions are removed. The control buttons for music are enlarged for easier control. But now Spotify has confirmed it is ‘retiring’ the feature in a recent support thread.

According to a Spotify moderator, Car View is gone because the company is “actively exploring a variety of new ways to deliver the best in-car listening experience.” So you know, the feature you’ve been using for the best in-car listening experience is gone. Now you can fork over $79.99 for the same interface – on a Bluetooth device mounted to your dash. No thanks, Spotify.

Spotify moderators suggest users who are missing Spotify Car View to use Google Assistant or Siri to control Spotify hands-free.

While Spotify’s Car Thing may be useful for upgrading older cars without a Bluetooth connection, it’s pretty redundant for modern vehicles. The $80 accessory now suddenly seems more useful for those who liked that slimmed-down interface – which now appears on Car Thing. Spotify seems hell-bent on pissing off its customers by removing features instead of adding them.

Spotify’s rumored HiFi tier is still nowhere to be seen, despite competitors offering lossless listening. The lossless streaming tier was announced at the beginning of this year in February. At the time, Spotify said it would be working with “the world’s biggest speaker manufacturers” to make its HiFi service available to as many users as possible.

Apple launched its lossless audio streaming with no extra cost in July – likely throwing a wrench in Spotify’s plans. Amazon soon matched prices with Amazon Music HD offering lossless audio listening at no extra cost. So here we are in November 2021 with no Spotify HiFi tier and Spotify removing features for commuters. Not a very good look for the biggest music streaming company in the world.