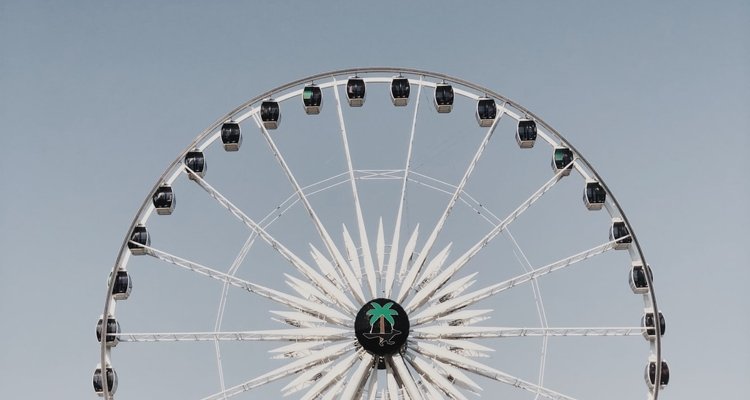 Which acts will replace Travis Scott in the Coachella 2022 lineup? Here are the latest rumors.

According to a report from Variety, Billie Eilish and Kanye West will headline the 2022 festival. Billie Eilish will headline on Saturday Night, while Ye will take the stage Sunday night. The report also mentions Swedish House Mafia but clarifies it’s unclear whether they’re a third headliner or just on board to appear.

Kanye West last headlined Coachella in 2011, and Billie Eilish appeared in 2019 as the youngest artist ever. Swedish House Mafia previously performed at Coachella in 2012. Coachella 2022 is already sold out and is slated to take place April 15-17 and April 22-24 at the Empire Polo Ground in Indio, California.

It’s unclear if the organizers of Coachella have any plans for a postponement. The Recording Academy decided to postpone the Grammys yesterday – and many Broadway shows and New Year’s Eve celebrations canceled ahead of the Omicron surge. Coachella dates have been postponed for the past two years, so that move wouldn’t be unprecedented.

The original headliners for the Coachella 2020 festival were Travis Scott, Frank Ocean, and Rage Against the Machine.

But that festival was postponed due to the pandemic a total of four times. Frank Ocean finally moved his Coachella performance to 2023, and Travis Scott was removed as a headliner after what happened at Astroworld last year.

Variety reports that plans for the April festival are moving full speed ahead, and Goldenvoice has been tight-lipped. Lollapalooza and Rolling Loud seemingly went off without causing a major super-spread event. Lollapalooza had strict vaccination requirements in place. Coachella planned to do that but has now reversed its plan to require vaccination for ticket holders.

Instead, organizers will only require proof of a negative test taken within 72 hours of the event. Proof of full vaccination will also work for entry into the festival. Organizers made the announcement via the Coachella Instagram Story page. “After seeing first-hand the low transmission data and successful implementation of safety protocols at our other festivals this past month, we feel confident that we can update our health policy,” Goldenvoice wrote.