Is the Super Bowl Moving Stadiums? NFL Is Researching Options Outside of California 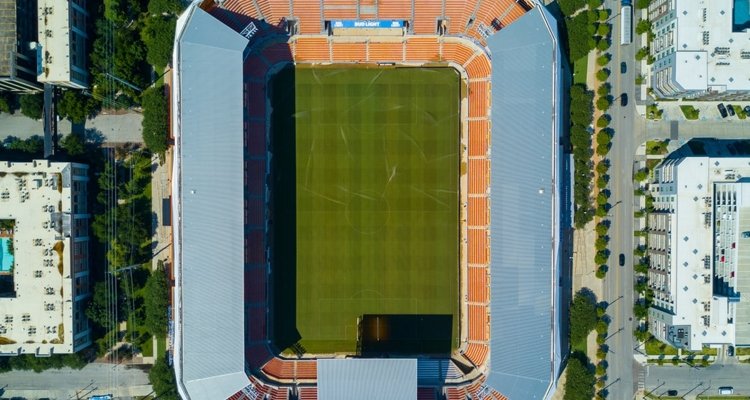 Super Bowl LVI is slated to occur at SoFi Stadium in Inglewood. But the NFL is looking for backup stadiums outside of California, just in case.

A report out of Arlington, Texas, suggests that the NFL is checking on AT&T Stadium as a potential backup venue. Arlington city officials say the city is ready to host the event if needed. The NFL is currently checking on the availability of stadiums outside of California due to the surge of Omicron in the state and the likelihood of heavy preventatives measures and mandates.

“A Dallas Cowboys front office source tells WFAA that the team and league have engaged in preliminary discussions about AT&T Stadium serving as an emergency site for the 2022 Super Bowl should possible COVID restrictions in California create problems with playing the game in Southern California,” the report reads.

The Super Bowl Halftime Show this year will feature Snoop Dogg, Eminem, Dr. Dre, Kendrick Lamar, and Mary J. Blige. Snoop Dogg says he believes this is a historic moment for hip-hop at the Super Bowl.

“We so thankful that the NFL is accepting hip-hop on stage and letting us do what we do,” Snoop told the hosts of Monday Night Football, Eli and Peyton Manning.

“We plan on putting together a great show to give the people something that they been waiting on. They love to watch a Super Bowl game, but at the same time at half-time, we be loving to see who’s going to perform. So we’re going to give you the greatest performance you’ve ever seen in hip-hop history.”

The NFL isn’t the only organization contending with COVID restrictions in California.

The documentary chronicles the rise of Kanye West as a hip-hop mogul. “Shot over 20 years, this documentary trilogy is an intimate and revealing portrait of Kanye West’s experience, showcasing both his formative days trying to break through and his life today as a global brand and artist,” Netflix says of the documentary. Ye himself isn’t directly involved in the film, but he did sign off on footage being used.