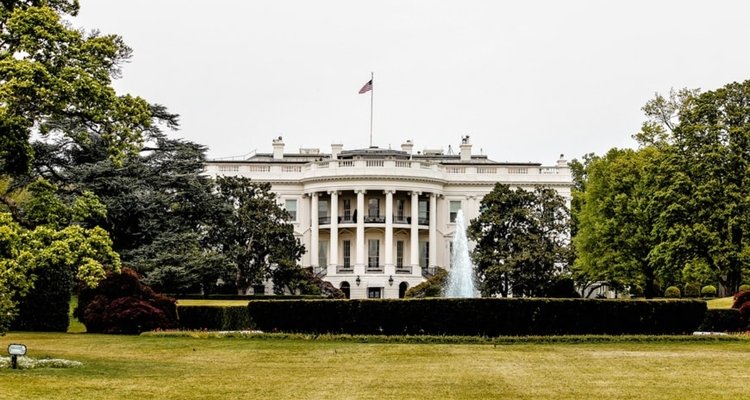 Spotify’s situation with the Joe Rogan podcast was a topic at a recent White House press briefing.

Press Secretary Jen Psaki was asked about Spotify’s decision to add content advisories to COVID-19 content. “This disclaimer, it’s a positive step, but we want every platform to be doing more to be calling out mis- and dis-information, while also uplifting accurate information,” Psaki says. “Ultimately, our view is that it is a positive step, but there is more that can be done.”

“Our hope is that all major tech platforms, and all major news sources for the matter, be responsible and be vigilant to ensure the American people have access to accurate information on something as significant as COVID-19,” Psaki continues. “That certainly includes Spotify.”

Spotify CEO Daniel Ek spoke personally about the issue over the weekend. The statement came after Neil Young and several other artists pulled their music from the platform. Ek says Spotify will add disclaimers to all podcasts that discuss COVID-19, not just The Joe Rogan Experience. Joe Rogan himself weighed in on the controversy on Sunday.

Rogan told his Instagram followers that he loves Young’s music and that he would “balance things out” in the future. Spotify continues to face public pressure surrounding Joe Rogan’s exclusivity to the platform. Crosby, Stills, and Nash have formally requested their music to be removed from the platform. Joni Mitchell joined Young, as did India Arie over Rogan’s comments on race.

Daniel Ek has also assuaged Spotify’s employees over the Joe Rogan acquisition in the past. The Verge obtained a leaked audio recording of a 15-minute speech Ek gave to Spotify employees.

“If we want even a shot at achieving our bold ambitions, it will mean having content on Spotify that many of us may not be proud to be associated with,” Ek says, according to The Verge. “Not anything goes, but there will be opinions, ideas, and beliefs that we disagree with strongly and even makes us angry or sad.”

Ek says purchasing Joe Rogan helped Spotify differentiate itself. “Another important point for you to know is that in 2019, our music and podcasting catalog was not that differentiated, and because of this, we were locked out of deals with some critical hardware partners like Amazon, Google, and even Tesla,” Ek says. “To combat this, we needed to find leverage. And one way we could do this was in the form of exclusives.”