Car Thing From Spotify Is Now Available In the US. But Who Is This For, Exactly? 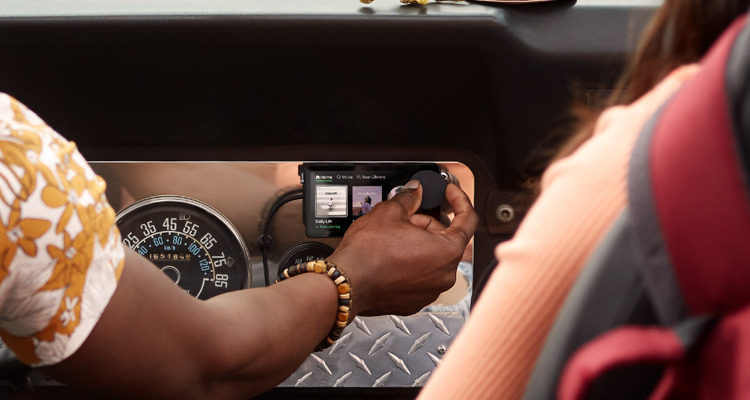 Car Thing From Spotify is now available in the U.S. The device is designed for those with older cars with no Bluetooth.

The device is a small-screen Bluetooth-enabled device that costs $89.99. Spotify says it delivers a more personalized in-car listening experience and supports the ‘Hey Spotify’ voice command for safe driving. Spotify says it is working to incorporate new features like Night Mode, and an Add to Queue for creating a playlist with just your voice.

Car Thing was available in limited beta last year as Spotify gathered data on how people used the device. A few of the devices were sent out for free, while Spotify Premium users could sign up to purchase it at a discount and try it. But this week’s release of Car Thing means anyone with $90 bucks and a Spotify Premium account can have one (in the United States).

How Car Thing From Spotify Works

You need to be a Spotify Premium subscriber in order to use the Car Thing device. There are three main ways to interface with the device – voice, the dial, or the touch screen. Here’s how each of these functions works.

Car Thing is Spotify’s first attempt at a hardware device that delivers audio to an under-served audience. The device is designed for older vehicles without a Bluetooth connection – but it could be used on boats or any other vehicle where larger interface may be desired. Spotify killed the Car View in its own app, so Car Thing’s interface might be appealing to people even with a Bluetooth connection.