Despite Controversy, Spotify Podcast Growth Is Accelerating as Apple Flatlines 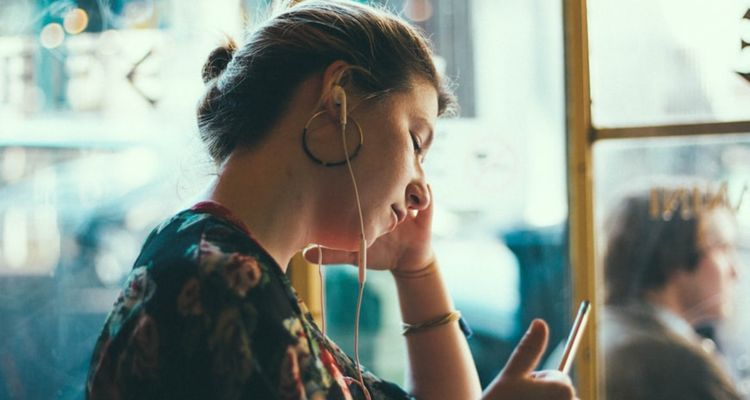 Spotify podcast growth is accelerating despite the Joe Rogan controversy. It outpaced Apple Podcasts for the first time in 2021. In five years, that lead will be enormous.

Despite musicians like Neil Young pulling their music from Spotify over the spread of misinformation, the podcast giant is growing. Industry analyst eMarketer shows how Spotify’s predicted podcast growth has outpaced the creator of the ‘podcast’ – Apple. The gap between Spotify podcast growth and Apple’s will be a wide chasm in five years. 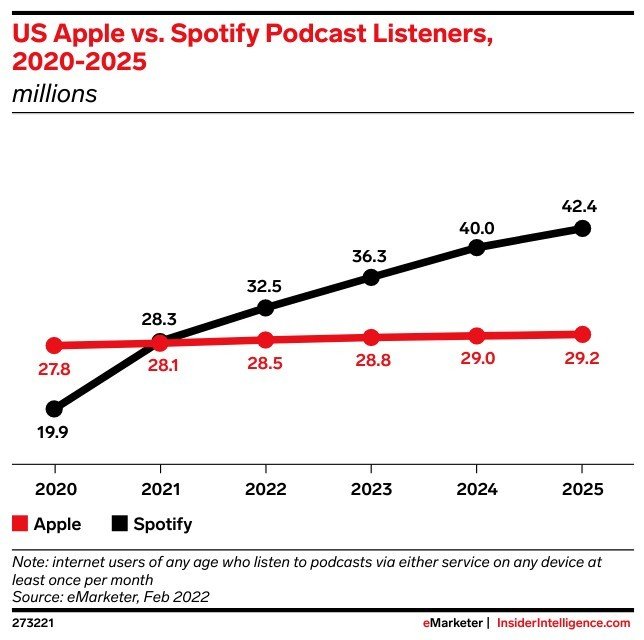 Spotify overtook Apple Podcasts as the biggest podcast platform in the United States in 2021. It drew an estimated 28.3 million monthly podcast listners, about 200,000 more than Apple Podcasts. By 2025, the difference in listeners between the two will be huge as Apple Podcasts flatlines.

That’s because Spotify has invested heavily in exclusive podcast content that can only be heard on its platform. The Joe Rogan Experience was the biggest exclusivity deal by far, but it has also attracted the most controversy. Aside from the JRE podcast, Spotify has acquired entire studios like Gimlet Media, The Ringer, and other creation tools.

Spotify’s focus is on growing its spoken-word audio content and monetizing that content. It acquired Anchor in 2019, a podcast creation tool for getting shows up easily. Spotify acquired podcast discovery tool Podz in 2021, allowing users to more easily find new podcasts that might interest them. A 2020 acquisition of Megaphone is helping Spotify and podcasters with ad insertion tech. Recently it acquired Chartable and Podsights to give podcasters additional insight into how those ad placements are doing.

Spotify grew its podcast catalog massively between 2018 and 2021. It expanded available podcasts from just 185,000 to over 3.2 million available in October 2021. And the Swedish company isn’t stopping at just traditional podcasts, either. It also has its eyes set on Amazon’s Audible empire of audiobooks.

Spotify launched its first ‘bookcast‘ featuring Dolly Parton and James Patterson this week. The duo re-imagined their novel Run, Rose, Run into an audio experience, complete with an original soundtrack written and produced by Dolly Parton. Spotify also acquired an audiobook company called Findaway in November 2021. Findaway is aiming to make audiobook production more accessible to anyone who has a written work.