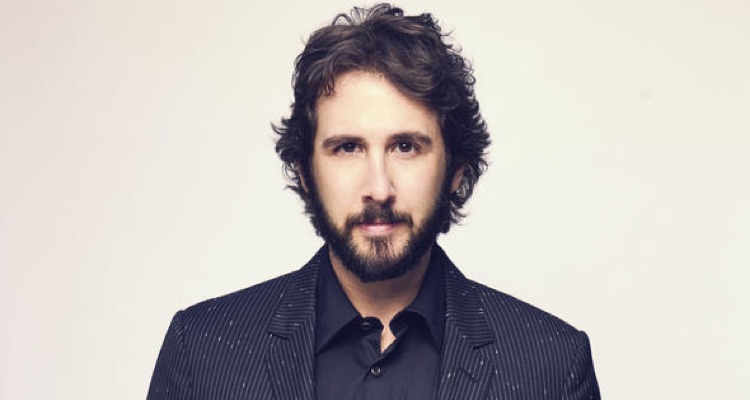 Josh Groban, one of the Live Nation artists whose concert tickets are available at a discount on Groupon.

More than a few artists (and other entertainment professionals) have scheduled tours for 2022 after most crowd-based happenings were shelved in 2020 and 2021. But fans only have so many dollars – and free evenings – to spend on live events, and Live Nation is now taking steps to offload tickets at reduced prices.

It’s hardly a secret that COVID-19 lockdown restrictions decimated the concert and festival space in 2020 and much of 2021, forcing a number of venues to permanently shut their doors and causing financial hardship throughout the music community. Predictably, given these unprecedented challenges, artists were quick to book tours for the second half of 2021 and especially 2022.

In one of several testaments to the latter – and to fans’ desire to enjoy live music once again – Live Nation (NYSE: LYV) said in its Q4 2021 earnings report (published in February of 2022) that it had “put on over 17 thousand concerts for 35 million fans in 2021.” During 2021’s final five months, north of 15 million individuals attended Live Nation-promoted outdoor events in the U.S. and the U.K., higher-ups also relayed – a jump of almost 25 percent from the same period in 2021.

Additionally, Live Nation through last month’s midway point had sold an astonishing 45 million tickets to 2022 events – an increase of 45 percent against 2019, with eight artists having moved more than 500,000 tickets apiece.

Notwithstanding these considerable sales figures and their scheduling implications, the likes of Rod Stewart and Cheap Trick, Jason Aldean, Def Leppard and Mötley Crüe, Chris Stapleton, Sum 41 and Simple Plan, OneRepublic, Maroon 5, Brooks & Dunn, The Offspring, Lady Gaga, and The Weeknd announced or expanded tour plans in the subsequent three or so weeks. Similarly, music festivals such as Coachella, Bonnaroo, and EDC Las Vegas are fast approaching.

Live Nation has included a portion of these artists in its “2022 Lawn Pass” program, which rolled out last week and, for a $199 flat fee (plus tax and fees), will afford purchasers access to as many as 40 shows at certain venues over the summer.

But the Beverly Hills-headquartered promoter is likewise looking to move heavily discounted tickets via Groupon (NASDAQ: GRPN), a dedicated Live Nation landing page on the deals website indicates. “Check out these amazing Live Nation shows near you,” reads text beneath the Live Nation logo. (Groupon reportedly takes a 50 percent commission from all on-platform sales.)

Passes to Halsey’s June 28th gig in Dallas are listed for $25 each, whereas fans can attend Big Time Rush’s Dallas stop (expected to take place a full 149 days from now) for $20 a pop.

Besides several of the discounted gigs’ noteworthy dates – organizers evidently believe that there’s little chance of selling full-price tickets even to gigs that are over four months away – a few of the involved shows’ relatively recent announcement dates are worth bearing in mind.

Big Time Rush just detailed the Forever Tour 14 days ago, for instance, and Slipknot formally unveiled the Knotfest Roadshow on January 18th. OneRepublic, for its part, informed fans of the Never Ending Summer Tour 10 days back. Needless to say, time will tell exactly what the low-price tickets mean for the concert sphere and artists. But with a relative shortage of free time and money as opposed to gig choices, fans could be becoming increasingly selective as they plot their 2022 entertainment calendars.