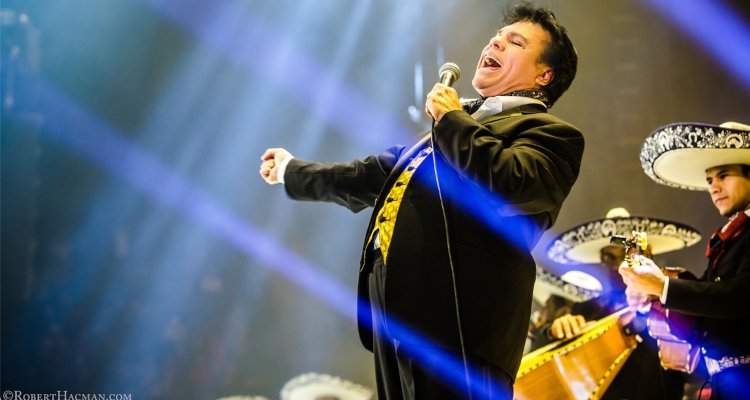 The estate of Mexican singer-songwriter Juan Gabriel has extended its agreement with Universal Music Publishing Group (UMPG) and inked a new worldwide deal with Virgin Music US Latin.

Universal Music Group (UMG) unveiled its just-finalized contracts with the estate of Juan Gabriel, who passed away in 2016, via a formal release today. During his nearly five-decade-long career, Parácuaro, Michoacán-born Gabriel released some 32 studio albums, composed north of 1,800 songs, and sold over 150 million records, according to the Big Three label.

Said future releases include Los Duo 3 as well as other projects, which the involved parties communicated will begin debuting “in the coming months.” More broadly, “there will be a renewed focus on marketing and reintroducing his catalog to a new generation of fans,” execs likewise emphasized.

On the publishing side, the Gabriel estate’s bolstered pact with UMPG will see the latter entity “represent his entire iconic catalog…uniting Juan Gabriel’s music under the Universal Music roof.”

Addressing the agreements in a statement, Ivan and Simona Aguilera, Gabriel’s son and daughter-in-law, respectively, indicated in part: “After many years of work, we have put together a team of professionals that we believe have the qualifications that we have been searching for to represent my father and the legacy he left in my care.

“Our desire is to continue the vision my father had for the future of the Latin community, the Mexican culture, and the fine art of music he loved so much.”

And in a statement of his own, Jam, Inc. CEO Jeff Jampol – whose business also counts as a client the John Lee Hooker estate – touted the newly finalized pacts, and particularly the companies at hand.

“Juan Gabriel is one of the greatest artists and songwriters in the history of modern music, beloved by fans all over the world,” Jampol said in part. “Our job at JAM, Inc is to protect, defend, and promote Juan Gabriel’s critically important legacy, and we are extremely happy to be in partnership with the great minds and artist-friendly people at Universal Music Publishing and Virgin Music US Latin.”