Coachella Teams Up With Fortnite for Virtual Merch Drops – The Details 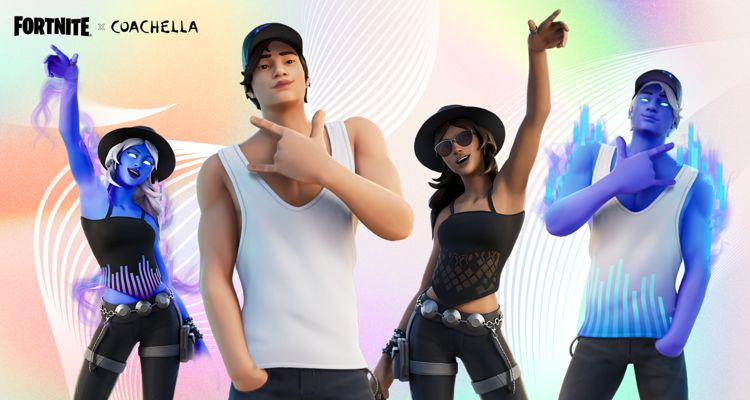 Coachella is taking over Fortnite in its first partnership with Epic Games. Here’s what we know.

The music and fashion of the Coachella Valley Arts & Music Festival are coming to Fortnite. The partnership includes music-reactive outfits for players’ Fortnite avatars. There’s also an in-game radio takeover, where players can listen to artists playing at Coachella. The radio takeover will feature over 30 artists from this year’s Coachella line-up.

The first wave of Coachella items in Fortnite drops Thursday, April 14 at 8 pm ET. It features the Wilder & Lyric outfits, which are pictured above. The second wave of Coachella items will drop on Thursday, April 21 at 8 pm ET. That wave will feature the Alto & Poet outfits. All of these Coachella Fortnite outfits are music-reactive, meaning they’ll react to the music playing in the game.

“As Coachella continues to scale online, we recognize the importance of creating fun digital experiences to drive engagement and build community,” says Sam Schoonover, Innovation Lead at Coachella. “There are few companies that do this better than Fortnite. We’re excited to partner with such an epic entertainment brand to re-imagine Coachella for the next generation of fans.”

Coachella is going all-in on its digital presence this year. The festival is streaming on YouTube for the tenth year, but this year it will include links to festival merch via YouTube Shopping. That means anyone who tunes in to the festival has an option to buy merch featured there.

It’s a much broader reach for both the artists and Goldenvoice. Their partnership with Fortnite and Epic Games is just anothe example of how festivals are becoming just as digital as they are physical entertainment spaces.