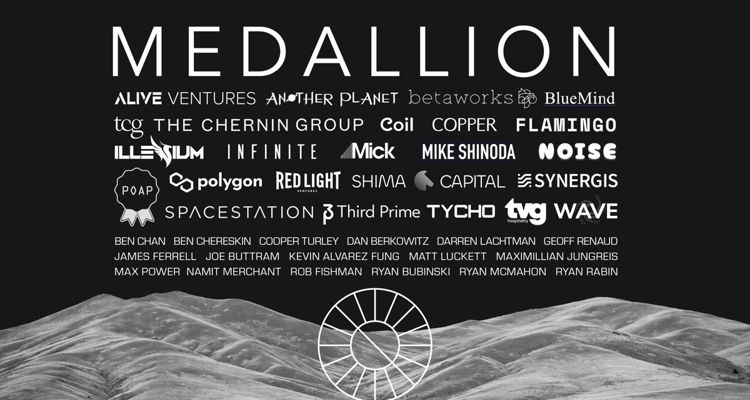 Web3 company Medallion has raised $9 million in its seed funding round.

The company is led by Matt Jones, the former CEO of the concert discovery service, Songkick. Medallion says it is working on technology to allow artists to create “owned and operated digital worlds in web3 to expand fan participation, actionable insights, and economic potential.” Essentially, Medallion is taking its crack at building a metaverse for artists to connect digitally with their fans.

Medallion expects to launch its product with a first slate of established artists by summer 2022. Medallion’s core team includes experience from Uniswap, Instagram, Hearst, Songkick, Warner Music Group, and many more. The seed funding round will be invested in early product development and building out Medallionn’s engineering and product teams with more talent.

Medallion describes itself as a white-labeled consumer-facing product that is “built for and operated by artists.”

“Fans can join communities that look and feel native to an artist’s world, through a frictionless web3 onboarding that requires no technical set-up or payments,” Medallion says of the experience it wants to build. “As community members, fans can gain access to behind-the-scenes content, special events, and limited-edition products. Members can also participate in the create process around music and art, and own a part of the outputs to get closer to the art they love.”

“Web3 is re-writing the rules for how artists and fans connect,” says Matt Jones. “Direct relationships can be formed immutably on the blockchain and used as access points to make fan experiences more fulfilling. The opportunity in web3 is about building long-lasting connections, not short-term financial gains.”