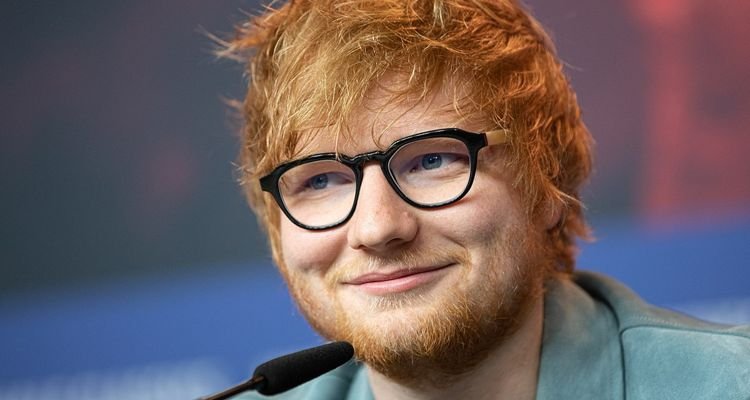 The unisex collection, consisting of dungarees ($77), a hoodie ($69), a t-shirt ($33), and a bucket hat ($26), is said to be “fairly made” with organic cotton (the bucket hat is made from deadstock fabrics). The clothing, available starting July 14, features butterfly prints and designs inspired by Sheeran’s latest studio album, = (equals).

“Ed wanted to partner on a collection that brings together his love for his fans and Lucy & Yak’s iconic designs and sustainability-focused approach,” reads a statement unveiling the collection. “The singer and his wife Cherry are passionate about the environment.”

“When I first heard we had the chance to design a collection alongside Ed Sheeran, I couldn’t wait to bring his vision to life,” says Elspeth Mills, lead print designer at Lucy & Yak. “The butterfly is central to Ed’s artwork as it reflects his growth over the years, so we immediately knew that we wanted to make this central to the theme of the collection — a symbol that represents something people can relate to everywhere.”

To celebrate the launch, Lucy & Yak has invited “an eclectic line-up” of artists to record covers of Ed Sheeran’s songs. The company encourages fans to do the same for an upcoming campaign film.

Lucy & Yak expects the launch to generate considerable buzz. All five of his studio albums have led the UK charts, including his most recent, equals. His song “Bad Habits” was the most played in Sheeran’s homeland of the UK last year. Moreover, according to last year’s airplay data published by PPL, he was the most-played artist in the UK.